Top 7 Reasons to Use Dulse Seaweed, Why It's Our Favorite 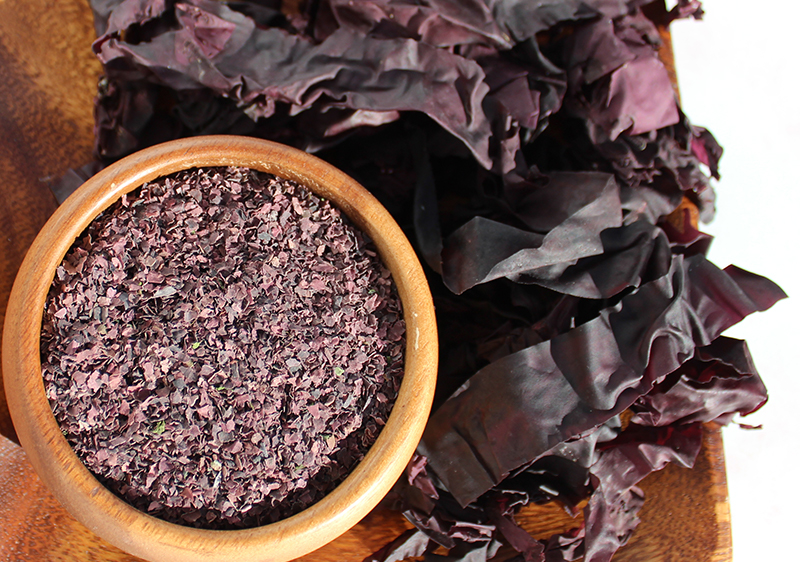 Dulse is a type of seaweed that grows primarily on the Northern Pacific and Atlantic coastlines, including Iceland, Canada and regions of the UK like Ireland where it has been used as a medicinal food for centuries.

Dulse comes from the leaf-like fronds of the red marine algae Palmaria palmata species that's actually more of a mauve-purple than a red color.

It is often acknowledged that one of the main benefits of seaweed is its high content of minerals and that is no overstatement.

This is because seaweeds are multicellular plants that can pull in a large number of nutrients abundant in clean cold ocean waters. They don't have roots like plants do. Instead, their large thick fronds act as feeding vessels and subsequently concentrate a high quantity of minerals.

Even in contrast to many soil-grown vegetables typically high in minerals, seaweeds like dulse win the race.

Offering a form of minerals that can be readily absorbed and utilized, dulse is comprised of decent amounts of bone-supporting magnesium and calcium as well as iron and a good balance of sodium and potassium.

When comparing dulse to the equivalent amount of kale and collard greens, nutrition data showed a significant difference.

Eating seaweeds like dulse can serve as a nutritional backup system, increasing one's range of mineral intake and protecting against potential deficiencies. 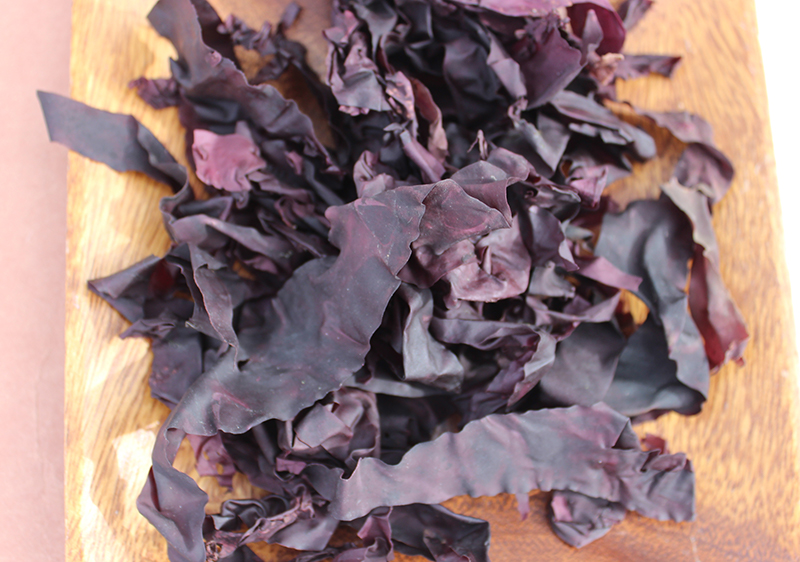 Aside from minerals and other nutritive benefits, we will soon discuss, one of our favorite reasons we love dulse is... the TASTE.

Often considered a more palatable seaweed to those new to the world of sea vegetables, dulse is by far one of the best tasting varieties described to have a pleasant smoky flavor.

In some traditions, dulse is toasted to accentuate its taste profile that's often compared to bacon. It is sometimes sold as a smoked seaweed for this same reason. 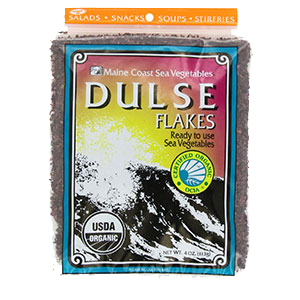 Pieces of whole leaf dulse can be eaten straight for a savory salty "melt in your mouth" snack.

In coastal regions of North Ireland, this is the way dulse or dillisk is frequently consumed.

Dulse contains a notable amount of aspartic acid and glutamic acid, also known as glutamate. (*) This is what gives it that quintessential UMAMI flavor. Including dulse in recipes is a good way to accentuate savoriness and enhance subtle food flavors. It is often considered a natural substitute for monosodium glutamate or MSG.

In addition, dried dulse seaweed like laver doesn’t need to be soaked or heated because the blades are fairly thin, giving them a favorable soft texture compared to others.

Dulse flakes and powder are great to have on hand for sprinkling on most any meal or preparing in soup broths as a thickener and salt replacement. Whole leaf dulse can be eaten straight or soaked briefly then chopped into salads or when making many savory dishes. 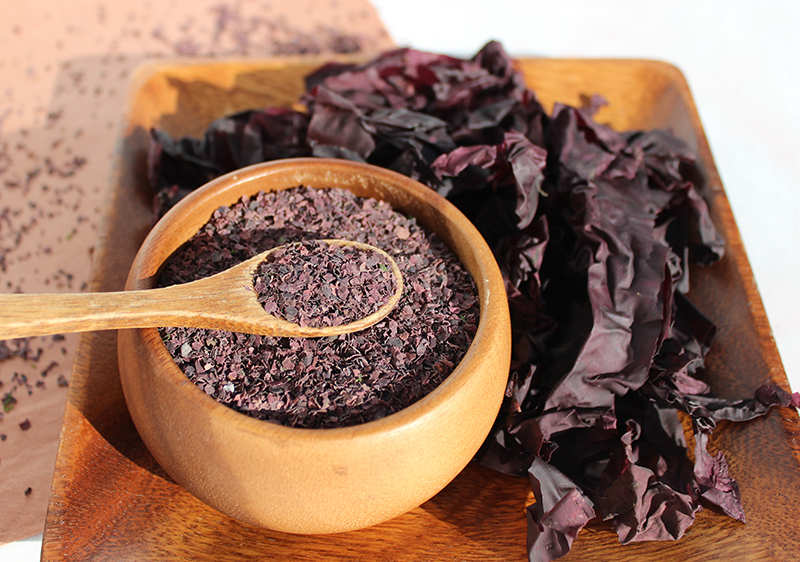 All seaweeds are some of the most concentrated sources of long-chain sugars called polysaccharides. If you've ever harvested fresh seaweed, you may have noticed a mucilaginous biofilm coating on your hands. This is part of the polysaccharide element commonly known for its soothing, anti-inflammatory and skin-healing qualities.

Dulse is classified as a red marine algae known for its main sulfated polysaccharides galactans, agar and carrageenan but also others like floridean starch, cellulose, xylan and mannan. (*) Some of these compounds are a component of dietary soluble fiber which can offer prebiotic support to intestinal microbiota.

According to seaweed expert Ryan Drum, agar and carrageenan, can trap metallic ions and remove them from the body.

The SULFATED POLYSACCHARIDES in red marine algae, like dulse, are also valued for their potential immune-supporting benefits and is one of the reasons "red marine algae" supplements (often dulse-based) have become a recent trend with some interesting current research findings. (*) 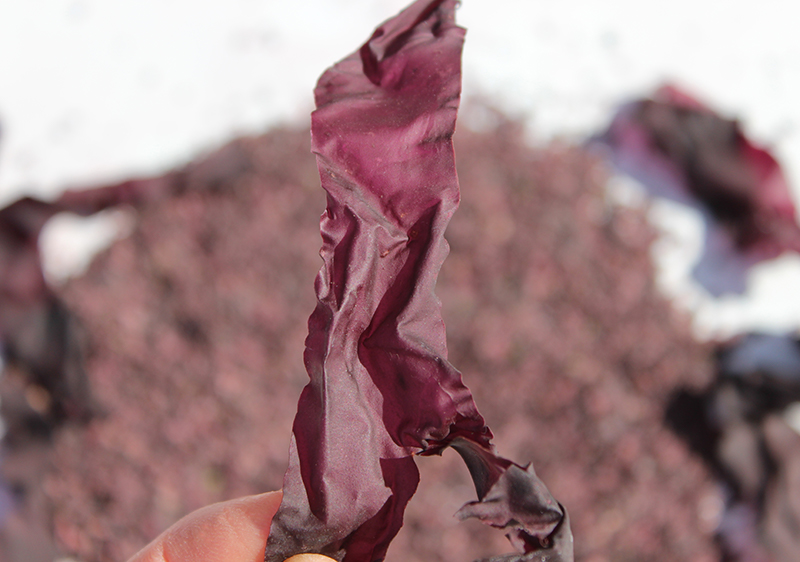 4) Dulse is a Source of Iodine

Sea vegetables are one of the highest natural sources of dietary IODINE, a nutrient needed for proper thyroid functions. Seaweed has been traditionally utilized as a nourishing medicinal food to prevent goiter.

Likewise, iodine supplementation is usually regarded as supportive to those with an under-active thyroid and can foster a healthy metabolism. 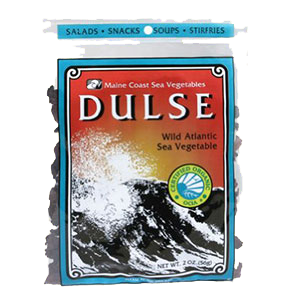 In addition, consuming dietary iodine (or iodine-127) has been associated with protecting the thyroid from the uptake of other radioactive forms such as iodine-131.

Although other seaweeds, like kelp and bladderwrack, contain higher ratios of iodine content, dulse can be a much more palatable alternative for those looking to add more iodine (but not too much) to the diet.

(It is important to note that there is less iodine content when seaweed is cooked than when eaten in its raw state.)

Generally, it is estimated that a large portion of the population is not meeting the daily adult requirement for iodine which is 150 mcg/day. The good news is that just a small serving size of seaweed is shown to provide this essential nutrient.

Keep in mind that a small percentage of people with an over-active thyroid or those sensitive to dietary iodine should consult a health professional before intake of dietary iodine.

Dulse is also a source of protein and bioavailable amino acids. (*) Some reviewed sources indicate that it could be anywhere between 9-25% protein whereas other research indicates protein concentrations around 47%.

Dulse, aside from protein and trace minerals contains vitamin C and the carotenoid antioxidants, like alpha-carotene, beta-carotene, lutein and zeaxanthin, all of which are known to be good for healthy eyesight and reducing free radical damage.

Palmaria palmata has also been shown in research to be a source of the omega-3 fatty acid known as EPA or eicosapentaenoic acid.

Dulse contains a red protein pigment called PHYCOERYTHRIN that has been studied for its therapeutic potentials. 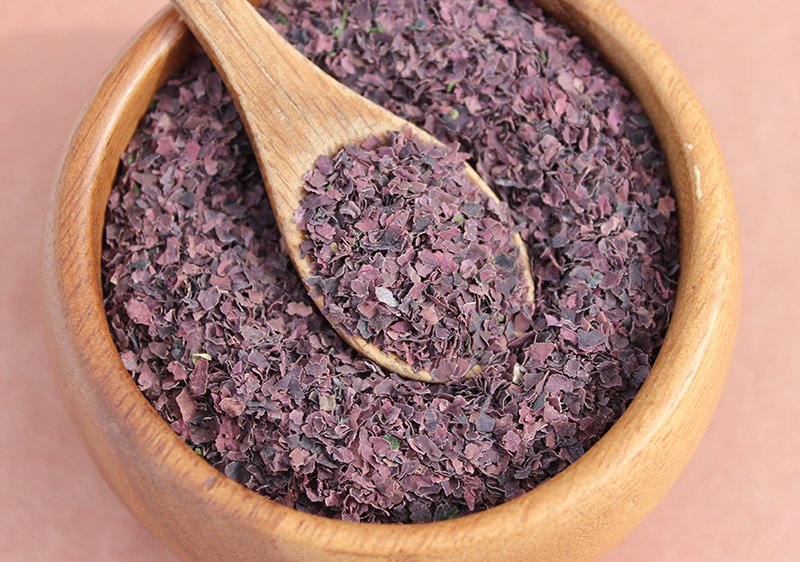 Seaweeds have been historically utilized in livestock feeds and are an often recommended nutritional supplement for pets, like cats and dogs. Dulse flakes make a great option for adding to pet food and from our experience, most pets seem to like the taste.

It is best to consult your veterinarian however if your cat or dog has thyroid issues.

7) Reason to Use High-Quality Dulse

Since dulse is often collected from wild marine ecosystems, it is important to get the highest quality that you can.

When a seaweed brand is Certified Organic, this is assurance that their seaweeds were harvested away from potential contamination sources and were processed without chemicals. In addition, a reliable brand will always use a 3rd party lab to test their sea vegetables for heavy metals and other contaminants.

Since we've been using, purchasing and harvesting our own seaweeds over the past 20 years, we have noticed quite an influx of companies in the last 2 years offering high-quality organic and tested seaweed products.

Maine Coast Sea Vegetables was one of the originals and still our personal favorite, but now others are moving into this rapidly growing industry.

Some herbal companies, like our top recommended affiliated supplier Mountain Rose Herbs, are also another trusted source of quality seaweeds.

If you have thyroid issues, it is best to seek the advice of a health professional before adding dulse to the diet. Do not consume seaweeds if you are allergic to fish or shellfish. Consult your physician before consuming dulse seaweed if you are pregnant, nursing, taking prescribed medications or if you have a serious health condition. 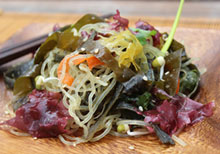 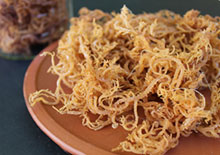 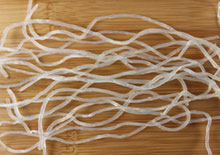 What are Kelp Noodles? Best Way to Prepare Them 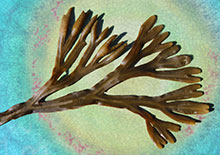 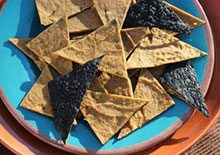 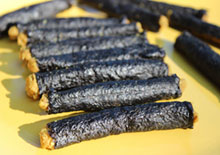 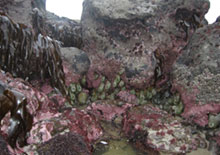 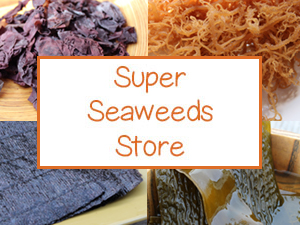 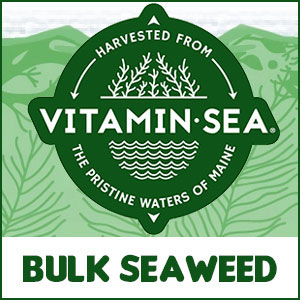 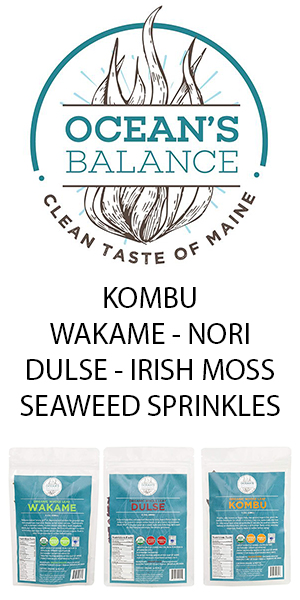