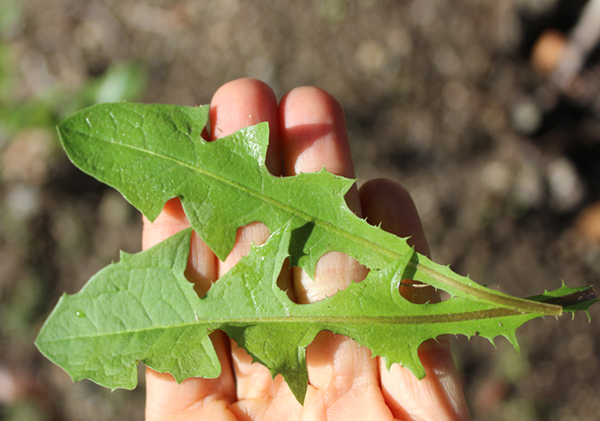 Wild dandelion greens are the young or mature leaves of the dandelion plant, probably one of the most famous wild edible foods known worldwide.

Often considered by gardeners or lawn owners alike to be a type of troublesome "weed", to the typical herbalist or forager dandelions are viewed as a highly nutritious food source and medicinal herb.

The genus Taraxacum includes over 2000 microspecies of dandelion, a large percentage of which grow in temperate climate zones around the globe. Taraxacum officinale or the "common dandelion" is considered the most prevalent in the Northern Hemisphere.

Popular for its round seedy "wish balls" and bright yellow blossom, dandelion is from the large group of flowering plants in the Asteraceae or sunflower family.

The seeds are well-known for their ability to spread and proliferate in most any patch of land, commonly grassy locations, like pastures, meadows and lawns, as well as disturbed and/or cultivated soils.

Considered survival masters, they are a hardy and tenacious species also identified to thrive in seemingly barren terrains. With long and sturdy taproots, averaging between 6-11 inches (15-30 cm) in length, they are very efficient at pulling up nutrients and water from deep within the earth.

While the root of the dandelion plant has been used throughout herbal history, it is reported that wild dandelion greens, being the portion above ground, were the first to be used by humans.

Like other wild edible greens, they are often considered to be an "inferior food" by the average person. However, compared to store-bought greens or vegetables, they actually harbor a superior level of nourishment.

Not only are wild dandelion greens a "free" source of produce, they are likewise a great emergency survival food and widely available in many regions.

Once safely identified, they can be harvested and used like any raw green leafy vegetable or prepared in herbal solutions, teas or dried and powdered. 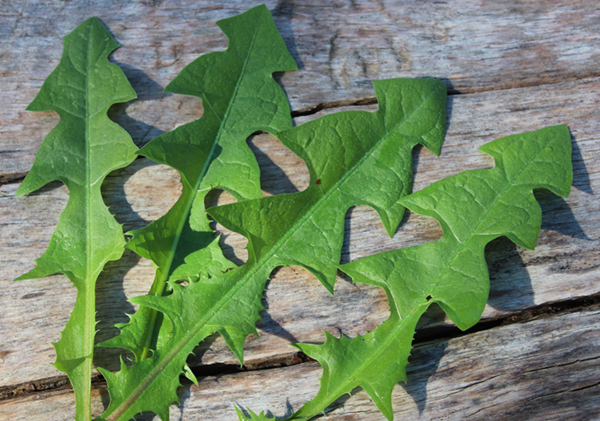 The green leaves and stems of the dandelion plant contain bitter elements and phenolic compounds shown to have antioxidative attributes and anti-inflammatory effects and, according to 2016 research, may be potentially helpful for regulating type 2 diabetes. (*)

The specific bitter-tasting quality comes from the white milky latex which can often be seen when the lower stems are cut. This substance contains compounds like sesquiterpene lactones and taraxasterol, which are also present in high amounts in the roots.

This bitter component also exists in other wild edibles, but is particular high in dandelion as well as wild lettuce. Providing an energetically cooling effect on the body, the greens are notably influential for inflamed conditions.

The leaves and stems, in addition to the roots and flowers, are also known for their phenolic constituents such as chlorogenic and chicoric acid, also called CGA and CRA. Chlorogenic acid is also a popular ingredient found in green coffee bean extracts and shown in some research to have a positive role in regulating lipid and glucose metabolism. (*)

A study published in the International Journal of Molecular Sciences concluded that both the leaves and roots of Taraxacum officinale have an antioxidative and hypolipidemic impact when tested on cholesterol-fed rabbits. This was identified to be a useful preventative dietary aid for reducing risk factors related to coronary heart disease. 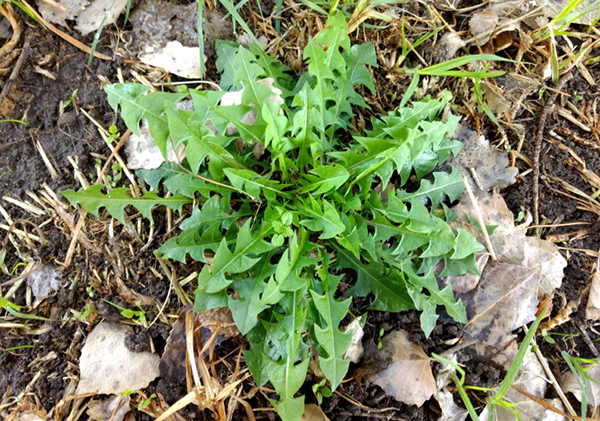 Supports Detoxification Process and Acts as a Natural Diuretic

Wild dandelion greens are a rich source of chlorophyll, absorbed and concentrated directly from natural sunlit habitats. Chlorophyll is very purifying to the lymph, bloodstream and helps the liver do its job in eliminating toxins from the body. Wild greens, like dandelion, can be nutritionally condensed in freshly pressed green juices or blended drinks for increased effectiveness.

Both raw dandelion greens and root decoctions are a traditional herbal folk remedy for liver complaints and skin-related issues such as cirrhosis, jaundice, eczema, acne and gout.

Also widely utilized throughout history for renal and urinary diseases to increase fluid elimination, alcohol extracts prepared from organic dandelion leaves were shown to have a diuretic effect on subjects tested. (*)

This ability to excrete excess water as well as uric acid from the body and tissues is additionally helpful for kidney functions and the clearing of salts and waste material.

Unlike pharmaceutical diuretics which can deplete nutrients like potassium from the body, dandelion greens are rich in potassium and other minerals helpful for lessening electrolyte imbalance.

Again, for use as an medicinal herb, concentrated amounts in the form of a green drink or blended into a green smoothie may be required.

Wild Dandelion as a Digestive Bitter

The bitter taste of dandelion greens has been utilized throughout traditional herbalism as a digestive aid helpful for activating the digestive juices in preparation for incoming food. This digestion-enhancing quality likewise supports nutrient absorption as well as eliminative functions.

The bitter flavor on the tongue is one that is typically lacking in most diets. Most hybridized greens and vegetables have essentially been stripped of this natural bitterness to make them more pleasant to eat.

However, if you don't happen to have access to wild dandelion leaves and stems, the next best option is the cultivated variety, which retains a mild bitter taste. These greens are now frequently found in the produce section of many supermarkets and usually available as a certified organic selection.

Eating wild dandelion greens or their cultivated relative can be a great way to add this bitter taste back into the diet and is especially beneficial to those who eat a high amount of sweet and salty tasting foods in addition to a high fat diet.

Traditionally, the leaves and roots have been employed for centuries by herbalists when preparing what is called "digestive bitters", frequently used with a blend of other herbal bitters. This solution is typically consumed in small doses before a meal to encourage the production of hydrochloric acid, increase digestive fire, stimulate bile flow and enhance fat metabolism. Taken after a meal, digestive bitters can assist with indigestion and bloating.

A Nutritive Herb, Rich in Vitamin K and Beta-Carotene

Wild dandelion greens contain a plethora of nutrients beneficial for good health. For highest nutritional uptake, however, we encourage eating them as a raw green leafy vegetable or lightly steamed as opposed to overly cooked, which can destroy nutrient levels as well as reduce the valuable "bitter" tasting component previously mentioned.

In addition, like most leafy greens, they are a good source of plant-based protein.

Because non-cultivated dandelion is a wild food, it is subject to seasonal nutrient variation as noted in a 2016 journal review. Usually this means that much of the nutrient content goes down to its root system in the winter months and infuses back into leaves in the spring and summer season.

Dandelion is a perennial plant, meaning that its green leaves will continue to grow back from the same taproot or root system. Depending on the climate zone, the leaves can be present throughout the year, but in colder climates will die back and reemerge in the spring.

While dandelion is a very common wild edible, it is also very easy to misidentify as there are many look-a-likes.

It is important to remember, as with any wild edible, to positively identify dandelion before you ingest it. This may involve doing your own research and/or using a wild plant identification guide to make sure you have the right species. While most dandelion-looking species, or "false dandelions", are not considered poisonous, there are a few that can be noxious if consumed.

True dandelion grows close to the ground and often radiates outward, as opposed to growing upright. These characteristics can vary depending on age and location. The leaves can differ in size, but are much smaller than the cultivated variety sold in supermarkets, which some herbalists believe are more closely related to chicory.

Wild leaves have a tooth-shaped edging and are smooth, not rough or hairy like other similar looking species in the same family. Center stems can have a purple tint but are generally white and sometimes when cut can produce a white milky sap.

It is not always best to try to identify dandelion greens by the flower as there are many false dandelion species that have very a similar yellow blossom as well as seed head. 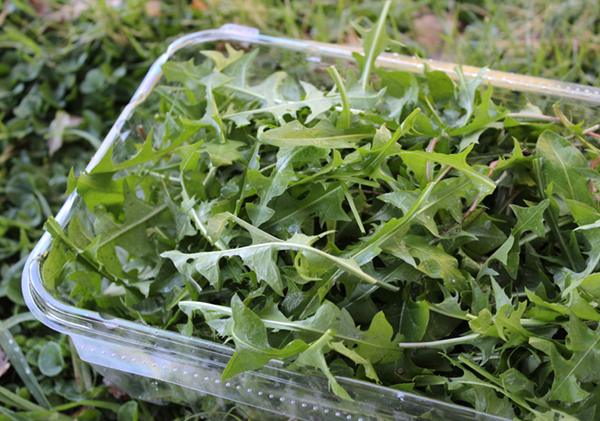 Wild dandelion greens can be found in many different terrains, but typically are prominent in grassy areas and seem to love regions where soil has been disturbed.

Once safely identified, you can harvest dandelion greens at the base of the stem. Frequently, it is best to wash them as they are sometimes soiled from their close proximity to the ground.

Although the spring and summer is typically the best time to harvest the greens, before they blossom, healthy looking leaves can be foraged throughout the year in temperate climates. They can become more bitter with age and exposure to sunlight.

You can also harvest dandelion roots, but depending on the maturity of the plant they can be fairly narrow. Older plants with wider roots are best and more satisfying to harvest. In fall they are sweeter and high in inulin, and in the spring, are generally more bitter, which is ideal for use as a digestive bitter.

Keep in mind that it is important to gather dandelions away from areas that are free of pesticides and other pollutants that are common to city parks or industrial areas. 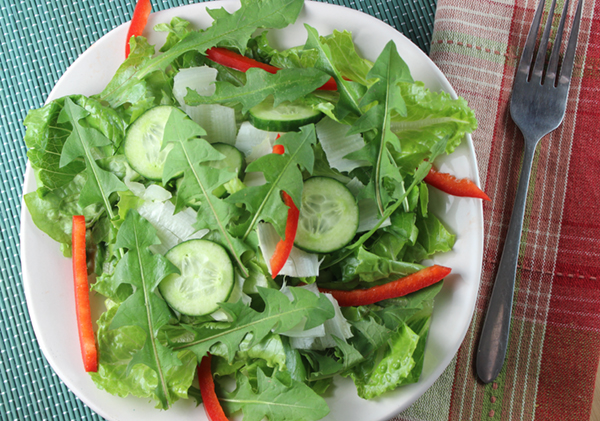 The greens can also be integrated into smoothies, fresh pressed juices, dips and many raw recipes the same way you would use other green leafy types.

Dandelion is also on our list of non-cruciferous leafy greens for those of you with a thyroid disorder, looking for other options to avoid the potential goitrogen uptake.

While raw greens are better nutritionally speaking, you can add them at the end to hot foods and soups to avoid overcooking and nutrient loss.

They can be dried and powdered for use as a digestive bitter sprinkled on meals or can be prepared as a tincture or added to a nutritive tea blend with herbs like nettle and horsetail.

Fresh leaves will last for many days when stored in an air tight container or plastic bag in the refrigerator.

Wild dandelion greens are relatively safe to eat for most people, but excess should be avoided during pregnancy. Concentrated amounts in high doses can cause gastrointestinal upset and skin eruptions, especially if you are unaccustomed to eating them. Seek the advice of a medical physician if pregnant, nursing, have serious health issues or are taking prescribed medications, especially diuretics. 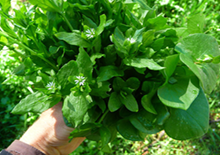 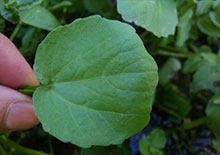 What is Watercress? How to Identify and Harvest Wild Cress 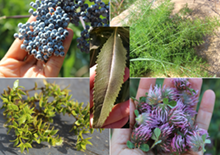 List of 5 Wild Herbs To Harvest for Herbal Preparations 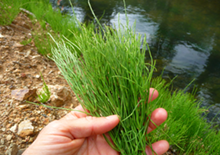 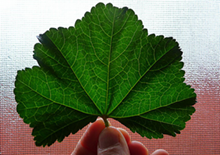 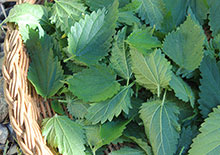 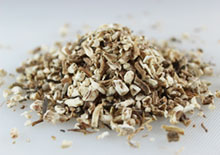 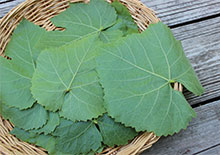 About Wild Grape Leaves and How to Harvest and Prepare 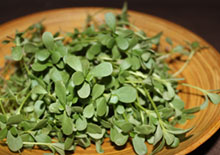 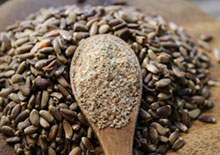 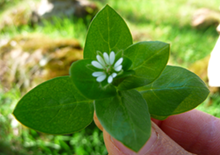 Wild Chickweed as a Lymph Cleanser and Skin Healer 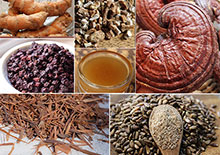 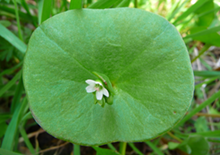 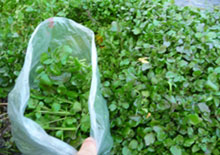