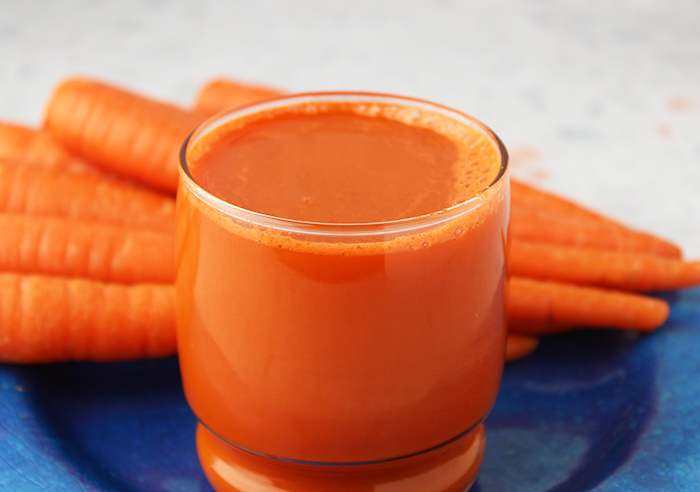 Carrot juice is the liquid extracted from juicing carrots and removing the fiber content. This process produces a unique rooty-sweet flavored bright orange juice that has been consumed for its nutritional qualities for many decades.

It was especially popularized as a nutritious drink by health enthusiasts like Dr. Norman Walker, one of the first advocates of vegetable juice cleansing in the 1930's and author of the book "Fresh Vegetable and Fruit Juices."

Carrot juice later became a signature juice during the early phases of the vegetarian food movement and is still today a top juicing selection. This is in part due to its sweet pleasant taste, a feature that tends to be more appealing for those new to fresh raw vegetable juicing.

Carrots, being one of the most common root vegetables utilized worldwide, are also frequently available at affordable prices making them ideal for juicing in large quantities. Roughly about one pound of carrots will yield an average two cup or 16-ounce serving size of juice.

The concept of juicing one particular vegetable variety at a time is sometimes referred to as "mono juicing" which concentrates a specific vegetable’s nutritive components. Other popular types also include beet juice, cucumber juice and of course the trend-setting celery juice variation.

The wild carrot plant (Daucus carota), also called Queen Anne's lace because of its delicate lace-like flowers, is the original source of today's domesticated carrot which are cultivar subspecies. Cultivated carrot taproots have a deeper orange color, as opposed to a pale yellow-orange and are notably larger and more palatable than wild carrot with a juicier, crunchier and less woody texture.

While most carrots are known for their bright orange pigmentation, other multi-colored types are also becoming more available in produce markets. These include yellow carrots, white carrots, red carrots, and purple carrots.

The carrot juice we are referring to here on this page, however, is made from the orange carrot variety and is raw, unpasteurized and 100% pure juice with no other added ingredients. We also recommend choosing organic carrot selections over conventionally grown carrots as residual chemicals used can become concentrated when juiced. 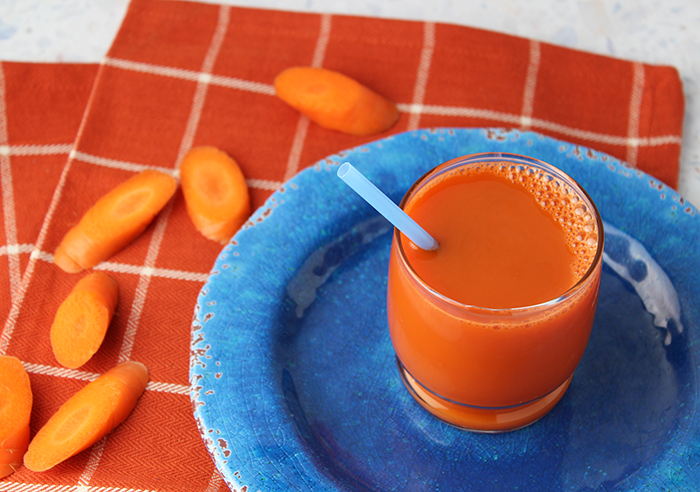 The Pros of Carrot Juice

1) Contains Beta-Carotene or Provitamin A

One of the most well-known aspects of carrots is that they contain one of the highest plant-based food sources of BETA-CAROTENE, the dominant pigment responsible for their bright orange color. Beta-carotene is an antioxidant provitamin A carotenoid that is a precursor to vitamin A production in the body. (*)

Vitamin A is a needed nutrient with a supportive influence on the eyesight, skin, bones, reproductive health, immune system maintenance, organ function and more.

Most people who eat animal products get adequate levels of vitamin A, but for vegans and vegetarians’ plant-based beta-carotene sources are the next best alternative to ensure suitable intake.

The fresh-pressed raw juice extracted from carrots is especially concentrated in beta-carotene and can be a good option to consider for dietary vitamin A supplementation. This juiced liquid is also full of enzymes and, because the fiber has been removed, it’s easy to digest and assimilate.

Preformed vitamin A, not derived from beta-carotene, is the other form of this vitamin and is found in animal products especially liver, dairy products, and fish. (Source) Liver is identified as the highest concentrated source.

The Recommended Daily Allowance (RDA) of vitamin A is 900 mcg for adult males and 700 mcg for adult females. This amount, however, increases for women when pregnant to 750 mcg and 1,200 mcg when lactating. (*)

Another thing to also keep in mind is that because the vitamin A derived from carotenoids are fat-soluble, it is sometimes recommended to consume a small amount of healthy fats when eating carrots or drinking a glass of carrot juice to increase this conversion ratio.

The provitamin A and xanthophyll carotenoid components in carrots are considered beneficial compounds for healthy eyesight and protecting one's vision. As aligned with the Doctrine of Signatures, the carrot root vegetable when sliced closely resembles the human eye. Vitamin A is also known as "retinol" which similarly resembles the word "retina", the innermost, light-sensitive layer of tissue in the eyes.

It is identified that within the eye itself, vitamin A from a nutritional standpoint has two main roles. The first is to offer protection against conditions like xerophthalmia as well as general loss of vision and blindness (especially in children). The second is for visual phototransduction or the transformation of light into electrical signals for the brain.

While further study is still warranted, some reviewed research indicates that carotenoid antioxidants are suggested helpful as an "eyesight protecting agent." These include provitamin A beta-carotene as well as alpha-carotene, beta-cryptoxanthin, and gamma-carotene, all of which can be converted into retinal.

They are often claimed to help reduce the risk of various age-related diseases and eye disorders like macular degeneration and cataracts.

In one published journal article, vitamin A deficiency was linked to insufficient bile flow which is proposed to cause subsequent night blindness in some individuals.

The yellow-colored carotenoids lutein and zeaxanthin are also components that form the macula in the eye and help to protect the eyes from sun damage. (*) Carrot juice is a good dietary source of both these antioxidants.

One scientific review observing the role of carotenoids on age-related diseases, zeaxanthin and lutein were suggested to offer a beneficial influence to those with cataracts.

Lutein and zeaxanthin, like beta-carotene, have been identified to have a supportive role in protecting against the risk of AMD.

Easily absorbed carrot juice might be a healthy drink to consider supplementing with if you're recovering from a malnourished diet and/or poor dietary and lifestyle habits. It can not only offer nutritive fortification but can also have an alkalizing and cleansing influence.

As discussed, one of the benefits to mono-juicing vegetables is that it concentrates their nutritional compounds into an easy to absorb liquid food supplement. In the case of carrot juice, this includes other vitamins and minerals that this root vegetable is particularly high in such as vitamin K, vitamin C, B6, thiamine, and the minerals POTASSIUM, phosphorus, and manganese.

Unpeeled carrots (as opposed to peeled ones) are known to be higher in these various nutrients, in addition to the phenolic compound known as CHLOROGENIC ACID and its family of esters. (Source) Chlorogenic acid is one of the major components of coffee that is known to have antioxidant and anti-inflammatory influences. (*)

Many of the nutrients in carrot juice are likewise nourishing and healing to the SKIN tissue. 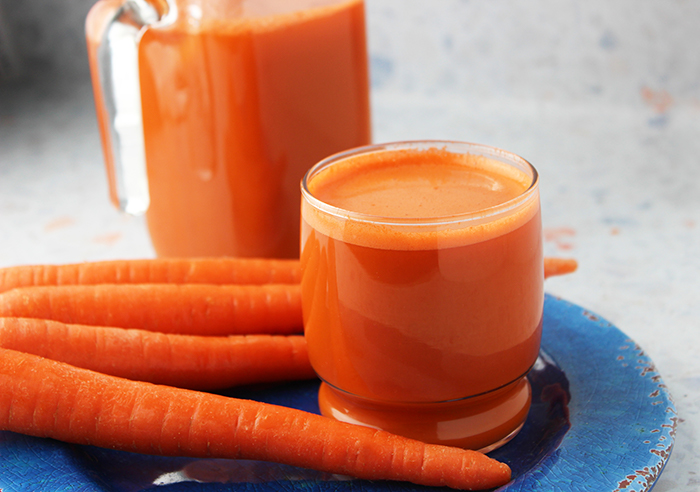 The Cons of Carrot Juice

While carrot juice can be a much better alternative to soda or high sugary fruit juices, it is also a concentrated source of sugar. Different than eating straight carrots, the fiber content has been removed via the juicing process. This fiber content would naturally slow down sugar absorption and cause less of a blood sugar spike.

Nutritional data shows that one cup of chopped carrots is approximately 6.1 grams of sugar whereas one cup of carrot juice is about 9.2 grams of sugar. These amounts, of course, vary depending on carrot quality.

Although a glass of carrot juice first thing in the morning can be an energizing way to start the day before an exercise routine or workout session, it may not be appropriate for all people.

Diabetics or those on a low-sugar diet may want to avoid using carrots as a straight vegetable juice. In such situations including whole carrots in the diet may be a better alternative to juicing them. Likewise, it may also not be the best choice for someone with candida overgrowth or a parasite infection because sugary foods can feed these conditions.

If you'd like to decrease the sugar content of carrot juice, we suggest diluting it with low-sugar vegetables such as cucumber, celery or dark leafy greens.

In some published reports, the juice from unpeeled carrots was found in one study to contain more minerals and less sugar.

For some individuals, other mono-juice selections like celery juice may be more suitable. While celery contains only a small amount of beta-carotene, it is full of other beneficial qualities. 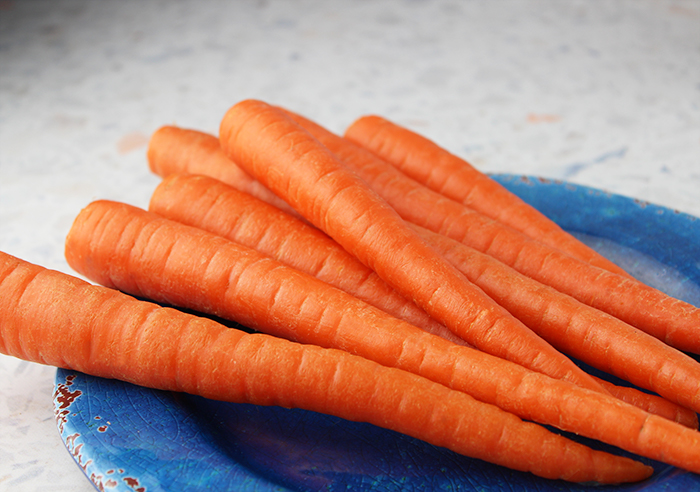 Carrots in TCM and Ayurveda

In Traditional Chinese Medicine, carrots and their sweet taste are associated with the earth element and believed to influence the stomach and spleen, the organs of sugar absorption and distribution.

Ayurvedically speaking, they can offer a grounding quality as a root vegetable and their sweet flavor can be pacifying to both Vata and Pitta body types or conditions.

2) Cons of Carrot Juice, Too Much Beta-Carotene?

Carrot juice, when consumed in excess for a prolonged period, can stimulate a condition known as carotenemia. This can cause the skin to turn a yellow-orange colored tint. The amount consumed for this to occur varies from person to person, but generally drinking more than three 8-ounce glasses in a 24-hour period can cause this effect which becomes especially prominent in the hands, face, and feet.

This condition is not harmful to the body and will go away after the juice or carotene source is removed from the diet. Some health enthusiasts, like Dr. Norman Walker, believe that this skin discoloration is a sign that it is cleansing the liver organ. This theory, however, has never been scientifically proven.

While too much preformed vitamin A especially in supplement form can be toxic and build up in the liver, provitamin A in the form of beta-carotene is not associated with toxicity. Excessive amounts of carrot juice can, however, cause other temporary symptoms like loose stools, digestive upset, bruising and joint pain. (Source)

3) Cons of Carrot Juice, Can Stain the Teeth

While carrots and carrot juice are antiseptic, antibacterial and generally good for healthy gums and teeth, the orange pigmented liquid can act as a natural dye.

Similar to how it can stain fabrics as well as glass jars and plastic utensils, it can also stain one's teeth. After drinking carrot juice, it is best to brush the teeth after intake to avoid this issue.

Because of the high sugar ratio in carrots, it is best to avoid drinking the juice if you are on a low-sugar diet, have a fungal infection or yeast overgrowth. Consult your nutritionist or health care provider before adding carrot juice to the diet if you’re diabetic, pregnant, nursing, have a serious medical condition or are taking prescribed medications. 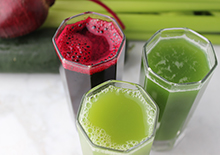 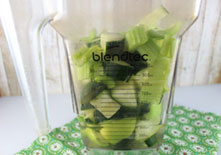 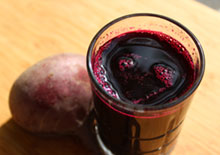 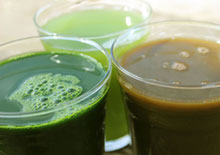 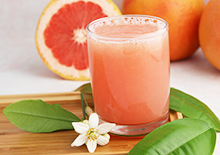 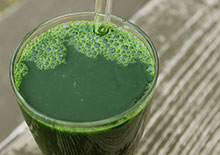 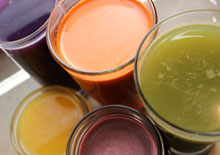 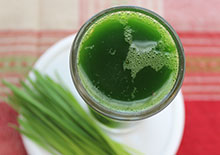 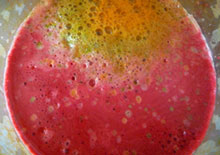 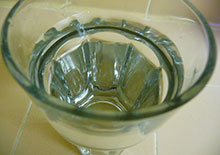 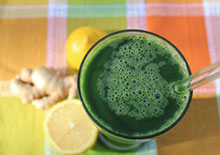