What is Chlorophyll Exactly?

Chlorophyll is the green pigment found in chloroplasts of plants, algae and cyanobacteria. It gets its name from the Greek words "chloros" and "phyllon", which together means "green leaf."

Most people know that the chlorophyll in plants is a crucial molecule for the process of photosynthesis, essentially allowing the chloroplasts to pull in light rays from the sun and convert it to energy. Acting in much the same way as a solar panel, plants store this energy which can be later be accessed as fuel by the organism.

Photosynthesis is the fundamental natural phenomenon that makes life on planet earth possible and is based on the ability of these green pigments to maintain atmospheric oxygen levels, providing the air humans and other life forms need to exist and thrive.

Many holistic health experts often make the structural comparison between the remarkable similarities of plant-based chlorophyll molecules and heme molecules, the components that make up human red blood cells and hemoglobin.

First scientifically identified in the 1850's for their uniquely parallel qualities, the configuration of both chlorophyll and the blood is produced through the same metabolic pathway. Centering around a porphyrin ring, heme is built around iron and chlorophyll is built around magnesium.

According to an earlier study "Haems and Chlorophyll: A Comparison of Function and Formation", this characteristic reveals that both plants and animals share a common evolutionary origin leading to these comparable chemical compounds.

It is hypothesized that, because of this similarity, chlorophyll-containing foods are very nutritious for humans to consume for nourishing, enriching and building heme and increasing the production of red blood cells. This effect is commonly likened to getting an actual blood transfusion.

Although it is frequently believed that plants and their chloroplasts are the only organisms able to efficiently convert sunlight to biological energy or ATP, we found it interesting that one 2014 published study revealed that worms fed a light-capturing metabolite of chlorophyll were able to synthesize ATP after periods of light exposure. Curiously, the possibility was further proposed "that through consumption of plant chlorophyll pigments, animals, too, are able to derive energy directly from sunlight."

While this has not been currently proven true for humans, we do known that eating foods high in chlorophyll content helps to buffer us from excessive sun exposure.

Chlorophyll-rich edible foods and drinks have healing and protective assets that help to cleanse the blood, detox the tissues, balance body pH and are an energizing superfood for boosting cognitive and immune functions.

Some scientific evidence confirms that population groups that consume higher quantities of green foods as part of a health promoting diet and lifestyle have a reduced risk of developing cardiovascular disease and certain types of cancers.

Dietary chlorophyll incorporated on a regular basis through the consumption of green drinks, green foods and microalgaes also encourages the growth of friendly intestinal bacteria, in addition to warding off parasites and keeping fungal yeast strains, like candida, in check. Chlorophyll is rich in certain vitamins and minerals and can be considered an antioxidant compound. It is soothing to inflammation and helpful for some digestive disorders including ulcerative colitis and inflammatory bowel disease.

For highest chlorophyll content from the foods you consume, it is best not to prepare them with high heat, but eat them raw or use low-temp steam settings to preserve nutritional quality.

In one study conducted on broccoli, "The results show that all cooking treatments, except steaming, caused significant losses of chlorophyll and vitamin C and significant decreases of total soluble proteins and soluble sugars."

In another study on green leafy vegetables it was also demonstrated that, "Blanching also results in some degree of chlorophyll degradation." (*)

Cleansing to the Blood, Promotes Detoxification of Toxins

Chlorophyll, especially when concentrated in a green juice or as a chlorella powder, can be extremely cleansing to the bloodstream, purifying to the lymph and liver by encouraging the release of toxic substances from the body.

In one animal study testing chlorella's capacity to accelerate the removal of dioxin, findings suggested that "chlorophyll is effective for preventing dioxin absorption via foods."

Everyone could use to include more green foods, like leafy green vegetables, seaweeds and microalgaes, in their daily diet regimen to help minimize the impact of potential environmental contaminants and ingested pollutants, like heavy metals, radioactive isotopes and pesticides, that we are all invariably exposed to on a regular basis.

As a side-effect, eliminating these toxic substances, can help to uplift one's mood, alleviate depression and promote increased mental focus and clarity.

Chlorophyll is particularly famous as a prescribed nutrient for reducing body odor and bad breath. These effects are primarily associated with this ability to cleanse the body and promote the release of backed up toxins and gastrointestinal waste accumulation.

Chloroplasts contain antioxidant carotenoid pigments, also called tetraterpenoids, which assist in its ability to absorb light as well as protect the chlorophyll molecule from photodamage.

The intake of chlorophyll, because of this capacity, may help to offer shielding effects against radiation and excessive UV light exposure. Other schools of thought believe that when we digest certain metabolites from green foods and drinks, we are in effect consuming converted sunlight energy which naturally offers a protective element.

According to the Hippocrates Institute, "Scientific evidence has shown that chlorophyll and the nutrients found in green foods offer protection against toxic chemicals and radiation. In 1980, Dr. Chiu Nan Lai at the University of Texas Medical Center reported that extracts of wheatgrass and other green vegetables inhibit the cancer-causing effects of two mutagens (benzopyrene and methylcholanthrene). The more chlorophyll in the vegetable, the greater the protection from the carcinogen." (Source)

Chlorophyll-rich food sources, powders and juices are often used therapeutically as natural anti-inflammatory agents. In a 2012 study, the chlorophyll component in fresh green leaves showed that "chlorophyll A and its degradation products are valuable and abundantly available anti-inflammatory agents and promising for the development of phytomedicine or conventional medicine to treat inflammation and related diseases."

Dark leafy greens and other naturally green pigmented foods and drinks are especially good for enhancing oxygen transport, promoting the healing of wounds, building the blood and are excellent for anemic individuals.

Eating foods high in chlorophyll content helps to reestablish and maintain a healthy ratio of beneficial intestinal bacteria and yeast strains. While the complexity of these intestinal communities is still currently being explored, it has been shown that a balance of gut microbiota can have a huge influence on our overall health and long term well-being.

This diverse array of gut flora are responsible for many functions including the processing of undigested waste material, maintaining bowel regularity, synthesizing vitamin K and B12, regulating immune response, preventing the growth of bacterial pathogens, as well as processing soluble dietary fiber and much more.

In addition to consuming more probiotic-rich nutrients through fermented foods like cultured vegetables, it is also recommended to increase the amount of chlorophyll in your diet. Acting as a "prebiotic", friendly intestinal flora essentially feast on the chlorophyll derived from foods, which in turn stimulates the growth of these advantageous bacteria.

Moreover, it helps to alkalize the body pH which is helpful for reducing high acid levels that promote the growth of fungal strains like, candida.

The following is a list of our top recommended green superfoods that contain some of the highest concentrations of chlorophyll content available to humans. We strongly believe it is best to take chlorophyll in whole food form as opposed to synthetic variations such as chlorophyllin.

Specifically, green leafy vegetables are any vegetable that has leaves that you can eat. This includes dark greens, like kale and collard, but also encompasses the entire lettuce family, mustard, watercress and a variety of herbs, like parsley and cilantro.

These greens can be enjoyed in salads, lightly steamed or blended into green smoothies.

This is the process of juicing green leafy vegetables, sprouts as well as cereal grasses, like wheatgrass, to produce a condensed glass of chlorophyll-rich liquid. This is one of the best ways to alkalize the body and neutralize toxins. Green juices do not contain fiber and are thus highly absorbable, providing an immediate influx of energizing nutrients.

Many health experts agree that fasting on green juice is one of the most basic and effective dietary regime's you can adhere to when feeling off-balance, sick, constipated, fatigued or stressed. It is often valued as one of the top ways to normalize digestive functions as well as renew and repair other bodily systems that are blocked up as a consequence.

Chlorella is a single-celled algae that contains the highest amount of chlorophyll of any plant known. This is in fact why it closely resembles the spelling of the word. Chlorella is a whole food algae supplement usually available in powder or tablet form. It's primary claim to fame in the superfood world is as a detoxification agent, helpful for removing toxic substances and heavy metals from the bloodstream and body, particularly mercury, lead, cadmium, uranium, arsenic and dioxin.

Other microalgaes include spirulina, blue green algae and marine phytoplankton.

Natural non-hybridized leafy greens can be a great wild superfood adjunct to a health promoting diet and lifestyle. These greens and herbs are often called "weeds" because they are tenacious, hardy and tend to propagate quite easily when given the slightest opportunity. This is not so with standard garden vegetables that cannot thrive in wild habitats. Wild edible greens are innately strong and vigorous with very high amounts of chlorophyll content. It is good to include a small portion of them in the diet whenever possible.

Seaweeds are also on our top list of dietary foods, offering large amounts of green nutrients as well as minerals and beneficial polysaccharides. Sea vegetables float close to the waters surface and convert sunlight energy into a chlorophyll-rich food. Clean and tested seaweed sources like kelp, bladderwrack and nori are great for the skin and help to protect against the damaging effects of radiation exposure.

Concentrated green powder supplementation is also a viable option to increasing chlorophyll intake. This usually involves a combination dried leaf protein concentrates derived from leafy greens, wild greens as well as sprouts and cereal grasses as well as green juice extracts. Powders are also created from dried ground moringa leaves, which have been used to provide a highly nutritious dietary adjunct to those suffering from malnutrition in developing countries.

There are many green powdered supplements on the market, some of our favorites include Vitamineral Green, Vitality SuperGreen, Pure Synergy Powder, Sun Is Shining Green Superfood and Sunwarrior Ormus Supergreens.

Consult your health care provider before ingesting high concentrated doses of dietary chlorophyll, like in form green juices, wheatgrass or chlorella supplementation, if you are taking prescription medications or have a serious illness or extreme health conditions. 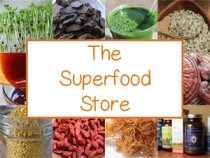