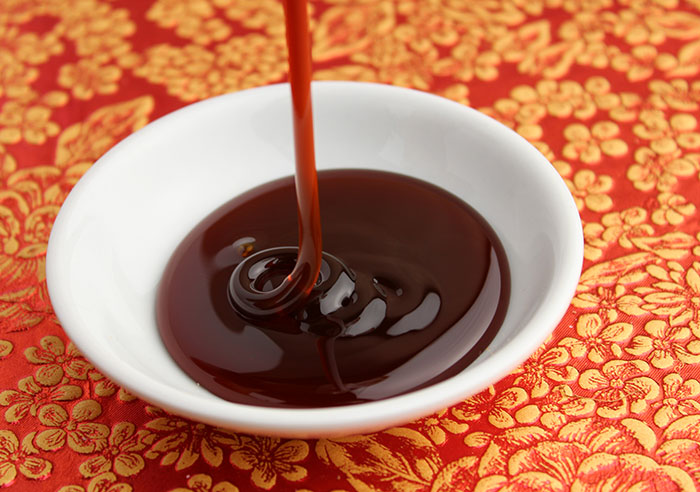 What is coconut nectar exactly?  Raw coconut nectar, or "coconut palm nectar" comes from the sweet sap that is produced from tapping the thick stalks or stems of the flowering coconut blossom. This watery sap is further evaporated at low temperatures, forming a pourable syrup that is claimed to be low glycemic as well as nutrient-rich.

Coconut palms have been traditionally tapped for their sweet nectar for centuries throughout the tropics, especially in the Philippines and parts of Indonesia.

Here in the U.S., however, it has only recently become popular as an alternative natural sweetener that has some added benefits over other varieties. For one, it tastes amazing!

It turns out, there are many things you can make from the coconut palm, not just coconut products like coconut oil. The sap is also fermented to make coconut aminos (a soy sauce replacement) and coconut vinegar. Coconut sugar is actually the dehydrated and crystallized version of the coconut nectar taken one step further.

Really, the nectar produced from these blossoming stems should be called "coconut blossom nectar" as the word "coconut nectar" leads one to believe the syrup comes from the actual fruit or coconut meat, which it does not.

Did you know that coconut palm trees are one of the oldest living trees to produce flowers?  So, in many ways this is an ancient source of sugar that has been on the planet for a very long time.

How is Raw Coconut Nectar Processed? 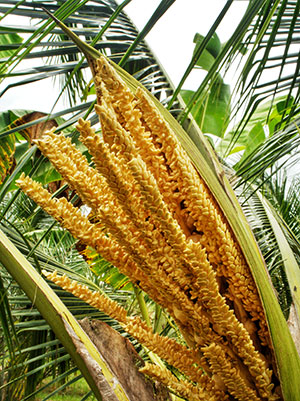 The group of yellow flower clusters, called the inflorescence, are at the very top of the Coco Nucifera palm tree. When the blossoms are mature, the nectar must be skillfully retrieved by climbing to the top of the coconut palm several times a day. The tapped sap, referred to as a "toddy", is slowly extracted over a period of time by tapping the end of a cut flower blossom stem.

This pure blossom "juice" or sap is traditionally consumed fresh (sometimes called neera) or is fermented by native peoples in the Philippines, Indonesia and Malaysia to make "palm wine or coconut vodka."

The sap is actually a white milky liquid that has to be immediately heated to stop it from naturally fermenting. While this, in the past, has been claimed to be achieved at temperatures between 105°-110°F (40°-43°C) to create a "raw" coconut nectar, we have found that it is in fact frequently heated at higher temps by most commercial manufacturers. The end result produces a dark brown liquid syrup that concentrates the natural sugars.

Does it Harm the Coconut Tree?

The coconut palms are not harmed through the nectar tapping process. One of the great things about tapping the Coco nucifera palm is that it continues to produce sap for the next 20 years or more.

Once tapped, however, the coconut blossoms, which would normally produce coconuts at some point, do not continue to further develop as fruit.

What this means is that all trees used to make coconut sugar or nectar are designated for such purposes. Many times, older coconut palms (50 years or older) offer a dual purpose of providing shade canopies for native populations.

Living under coconut trees can be a very dangerous endeavor as these very large and heavy nuts can cause fatal injury to those living beneath them. The older trees are also very tall and the coconuts falling from these heights are extremely hazardous to the roof tops, homes and humans below. So, the coconut palms you want around your dwelling space are the ones that don't produce coconuts.

Because the coconut sap needs to be hand harvested it does not lend itself well to mass production and is therefore mostly extracted on a small scale by local peoples and men skilled at climbing coconut palms. 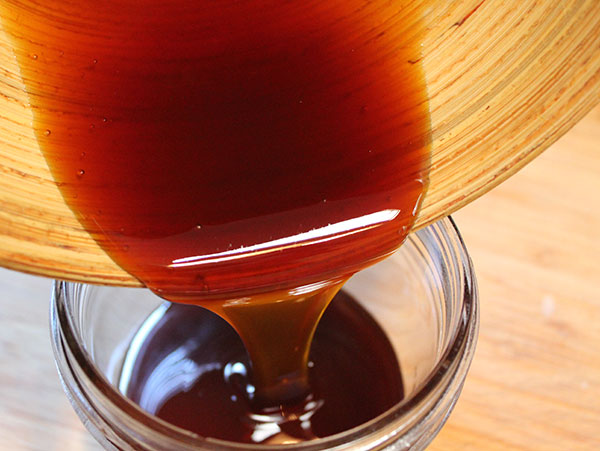 You would think that raw coconut nectar tastes like coconut but it really doesn't. It has a very sweet caramel-like flavor that we liken to blackstrap molasses or palm tree fruit.

The Glycemic Index (GI) is the standard measurement used to rank how fast blood sugar levels rise after we drink or eat a particular type of beverage or food over a 2-3 hour period of time. Concentrated sweeteners naturally have a higher GI compared to other foods, though they are not usually consumed alone but with other foods.

Sugars that are released slowly into the bloodstream are low glycemic in nature and the most beneficial to consume on a regular basis. Raw coconut nectar is one of these sweeteners. It contains mostly sucrose with smaller amounts of glucose and fructose. It is likewise high inulin, a prebiotic fiber that is believed to also help slow absorption rate.

Yacon root syrup is one of the lowest glycemic sweeteners and is comparable to coconut nectar in taste as well as its higher levels of prebiotic sugars. Another natural sweetener with a zero glycemic index is the luo han guo fruit or monk fruit. Luo han guo extracts, however, are not available as a syrup but rather used as liquid drops or in the form of a crystallized sugar called Lakanto.

The Food and Nutrition Research Institute reports that coconut sugar has an average GI of 35 and the syrup 39. This is in contrast to white refined sugar (GI 58-65) which is a considered medium glycemic sweetener.

Low glycemic sweeteners are often claimed to be healthier choices especially for diabetics. However, generally GI numbers can be misleading as sugar absorption can depend on different factors such as other foods consumed with them as well as important individual parameters.

Learn more about whether coconut palm sugar and coconut nectar are the best choice for your particular health objectives.

Because the coconut sap collected from the blossom stems is naturally sweet straight from the tree it doesn't require long evaporation techniques or chemical processing to make it a whole lot sweeter. According to the brand Coconut Secret, the process is very rapid only taking about 45 minutes to reduce the water content, caramelize it, increase the sweetness and thicken it into a syrup-like texture.

While some brands in the past have used the labeling "raw coconut nectar" to ensure to consumers their product is not heated above 105°-110°F (40°-43°C), many suppliers today do not make this claim or use the word "raw" on product labels.

Although coconut sap doesn't take as long to heat process as cane sugar or other natural sweeteners, most commercial coconut nectar syrups these days appear to use high temperatures during this reduction phase. Therefore, coconut nectar can't really be considered a "raw food" for those adhering to a strict raw vegan diet regimen.

Note: Coconut nectar from the Brand "Coconut Secret" is no longer available as of 2022. Two other brand alternatives are Prem and Wildly Organic.

Concerned About Glutamic and Aspartic Acids?

These two acids, known for their flavor enhancing effects, are the chief components used to make the synthesized concentrates MSG and aspartame, two neurotoxins that should largely be avoided. This has caused some concern among health-conscious people who wonder if they are ingesting such ingredients when they consume these two amino acids in certain foods, like coconut nectar or coconut aminos.

MSG and aspartame, however, are isolated from their whole food source, but are NOT harmful when consumed in their naturally occurring state, in the form of glutamic and aspartic acids. However, when these substances are either hydrolyzed or unnaturally synthesized with solvents, as in the case of MSG and aspartame, their chemical makeup changes. 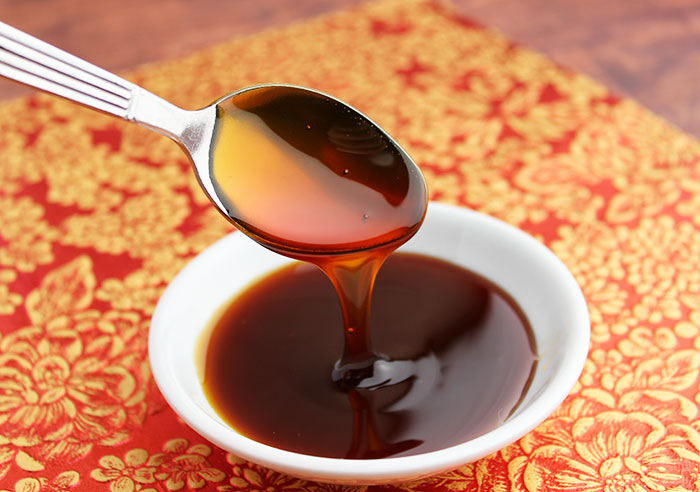 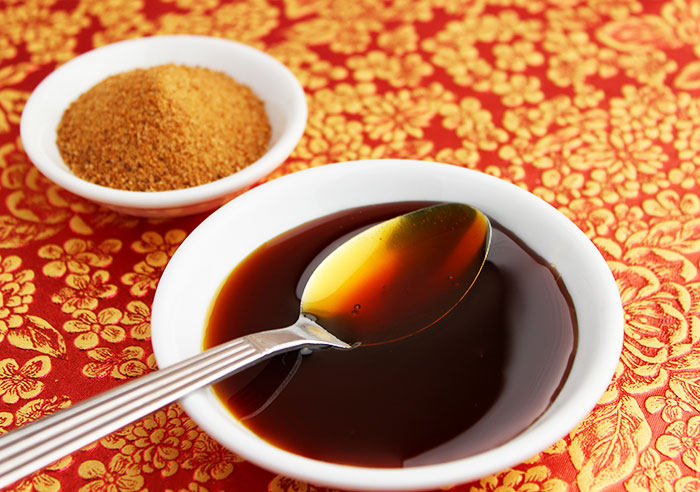 Other Nutrients in Raw Coconut Nectar

Coconut palm nectar is claimed to contain inositol, B vitamins, vitamin C, in addition to minerals such as potassium, magnesium, zinc, iron and some sodium content.

As we mentioned above, it is also is made up of inulin a prebiotic fiber that may assist in slowing sugar uptake. 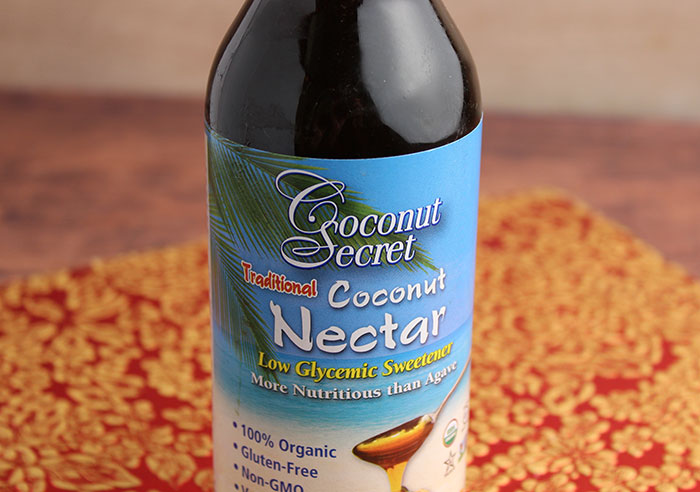 We like to use coconut palm nectar to sweeten hot teas, drinks, shakes, smoothies and desserts. We use it to make our homemade protein bars, along with stevia, and it is a great sweetener for dehydrated cookie recipes as well as a glaze ingredient for raw pecan pie. It can also be drizzled over foods as a syrup.

Try coconut nectar in some of our recipes for:

Coconut nectar can usually be purchased at most health food stores or it is also made available through online distributors.

Most quality coconut nectar brands we prefer are organic and non-GMO. The brand Coconut Secret is one of the first companies to offer this bottled syrup back in 2009 here in the U.S.

Note: ﻿Coconut nectar from the Brand "Coconut Secret" is no longer available as of 2022. Two other brand alternatives are Prem and Wildly Organic﻿. 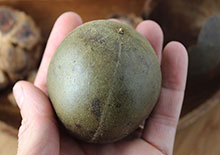 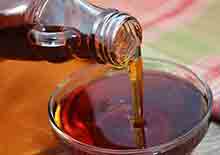 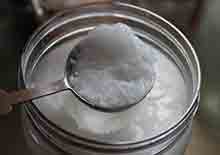 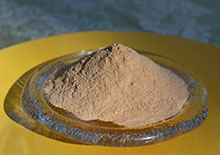 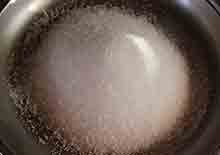 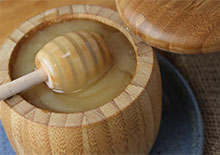 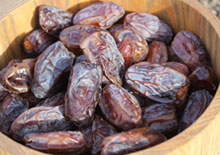 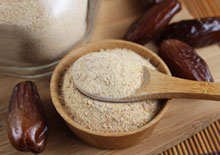