Intro | What is Apple Cider Vinegar? | Top 3 Benefits | Is It Alkalizing? | Best Type | How to Use | Precautions | Shop 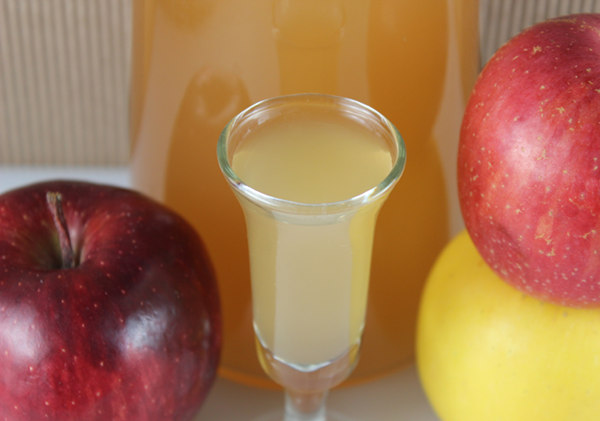 The use of apple cider vinegar has deep roots in American history and was once a popular homemade ferment created from hard apple cider.

Often claimed to be the age-old remedy elixir prescribed by Hippocrates himself, "the father of modern-day medicine", its cultured use can be found worldwide wherever apple trees are abundant.

Intro | What is Apple Cider Vinegar? | Top 3 Benefits | Is It Alkalizing? | Best Type | How to Use | Precautions | Shop

Paul Bragg, author of one of the very first books talking about the health benefits of apple cider vinegar many decades ago, is very much in our opinion a pioneer in reintroducing ACV to many like-minded health conscious communities here in the U.S.

But, what exactly is it and why is it more beneficial than other types of vinegar?

What is Apple Cider Vinegar?

Raw unpasteurized apple cider vinegar (frequently referred to as "ACV" for short) is a fermented pale amber colored liquid produced from a blend of either apples and water OR straight apple juice.

The process of making homemade vinegar from scratch can be accomplished by placing your chopped apples or scraps (preferably with peels and cores) in a jar with pure water and letting it sit until you get a type of hard apple cider. The apples are then strained out and the cider is fermented for an additional 3-4 weeks.

During these two stages of fermentation, yeast essentially turn the fruit sugar into alcohol then the bacteria turn the alcohol into organic acids, predominantly acetic acid.

This is a very similar procedure used when fermenting grapes to make wine. Pretty much the only difference is that you are letting the ferment go past the stage with alcohol concentration to the stage in which it starts to turn to vinegar. In fact, the French word for vinegar, vin aigre, literally translates "sour wine."

At some point this mixture will start to develop a "mother", or cloudy bits of beneficial bacteria somewhat like a kombucha culture. After aging, the alchemical process that takes place produces a raw enzymatically living probiotic-rich liquid. 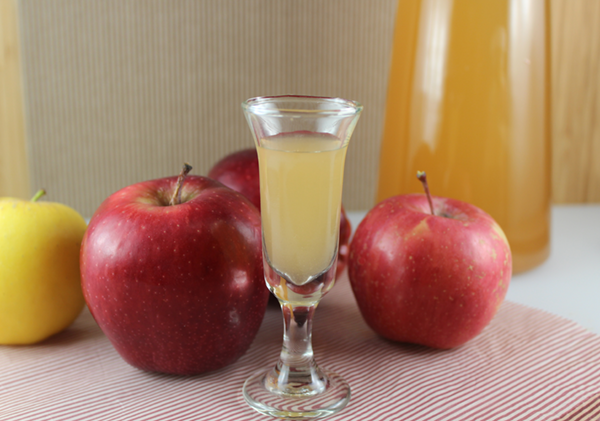 In conjunction with a health promoting diet and lifestyle choices, small amounts of the vinegar can be a useful and relatively inexpensive dietary condiment, diluted into water or used in salad dressings.

Now let's discuss more about apple cider vinegar's benefits and why it might be a nutritious liquid to include periodically or on a daily basis.

1) Acts as a Digestive Aid and Moves Liver Stagnation

The sour taste of apple cider vinegar, in combination with its high enzyme content, make it a potent digestive tonic. The sour taste is one of the five essential tastes and is beneficial for increasing the flow of saliva in the mouth, stimulating digestive juices, like stomach acid, and improving metabolism.

Ayurvedically speaking, the sour taste of ACV helps to balance Vata body types who are especially prone to digestive issues. It also enhances bile production and promotes normal liver functions by moving liver stagnation. An often used ingredient found in commercial detox drinks, a tablespoon or two mixed into water is often utilized to open up the detoxification pathways which can be helpful for flushing out toxins.

In addition, enzyme-rich food sources, like many of the fermented foods and drinks, aid the digestive functions by helping to break down proteins, fats, and carbohydrates so they can be metabolized efficiently. The raw unpasteurized apple cider variety is therefore often considered beneficial to take in water before meals to activate this process.

Along with its acetic acid's ability to "suppress body fat accumulation (*), this is another one of the reasons it's often recommended for weight loss and reducing obesity.

2) Balancing to Intestinal Microbiota and Beneficial to Skin

ACV is known for its prebiotic actions which help to feed "probiotics" or beneficial gut microbiota. A healthy inner ecosystem plays a central role in the foundation of human health and is necessary for the conversion and absorption of certain essential nutrients such as important dietary minerals.

In one 2016 published study, it was identified that commercial organic apple vinegar was also composed of more diverse bacterial microbiota compared to conventionally produced cider vinegar. (*)

While it feeds good bacteria, it has been shown in research to inhibit the growth of fungal strains, like candida (*), and is commonly used as a diluted topical treatment for a number of fungal skin issues for this reason.

It's mentioned detoxification properties also naturally provide cleansing effects to the skin when consumed. This can be helpful for clearing up issues, like acne, that are often related to toxic buildup and liver stagnation.

Is Apple Cider Vinegar Alkalizing to the Body?

According to some health experts like Donna Gates, author of the Body Ecology Diet, one of the often claimed benefits of ACV is that it is one of the only vinegar's that helps to restore body pH because it's alkaline-forming once digested. With the exception of coconut sap vinegar, all other pasteurized vinegar's (white, balsamic, red wine, etc) are believed to be acid-forming.

As an alkalizing condiment, it is alleged to help balance body pH and reduce high acidity levels.

In the book Art of Fermentation, the alkalizing effect of fermented foods is described as an "apparent paradox" in which "the ferments make minerals (which are alkaline and alkalizing) so much more accessible."

While there is no scientific evidence on this influence, another theory is that raw vinegar and its high enzyme content and impact on metabolism are also a factor responsible for this potential reaction.

Although it is considered an alkaline-forming liquid once digested, similar to sauerkraut or kombucha, it does initially have a high acid level (usually about 5% acetic acid) when first consumed and is best cut with water or used with other foods.

A shot of ACV in water is an immune-supporting liquid that is simultaneously cleansing to the lymph system, helpful for breaking up congestion and eliminating infections before they take root.

Its ability to help restore a healthy balance of intestinal microbiota, works together with the "gut-associated lymphoid tissue" which plays an important role in human immune function.

Interestingly, in scientific reports, this type of vinegar was shown to have an immune stimulating effect on both fish (*) and shrimp (*) tested.

It is used as the main liquid base or "menstruum" of a common homemade tonic called "fire cider" or the master tonic, an infusion of herbs and spices like horseradish, onion, hot peppers and garlic into a jar of ACV. A small teaspoon of fire cider not only increases digestive fire and is clearing to the bowels, but also activates immune response when needed at the onset of a cold or flu.

The primary immune shielding antioxidants present in raw apples include a number of phenolic acids and flavonoids, like chlorogenic acid, gallic acid, catechin and quercetin. The question is, "Do these compounds transfer over after apple cider is fermented"?

According to a published 2015 report, Antioxidant Activity and Phenolic Content of Apple Cider, the vinegar does contain chlorogenic acid and, most importantly, the phenolic content was identified to increase with fermentation.

One thing about apples is that these substances are higher in the peels and seeds of the fruit rather than the flesh. We recommended selecting quality commercial brands, especially those that are prepared from whole unpeeled apples. 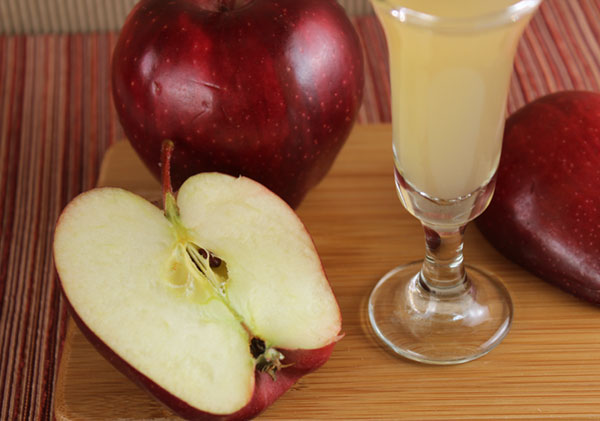 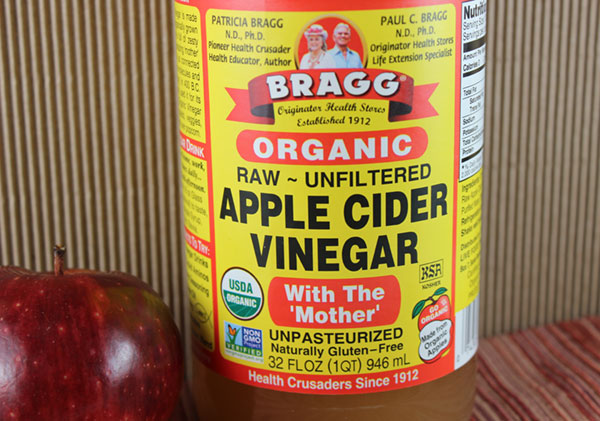 The best apple cider vinegar to consume is raw, unpasteurized, unfiltered and organic.

The terms "raw" and "unpasteurized" mean it has not been heated and the living enzymes and nutrients in the original ferment have not been destroyed and thus its natural healing properties are present.

Unfiltered ACV is vinegar that still contains the "mother" and is considered a more nutritious option. This element will typically give it a somewhat unattractive cloudy appearance, sometimes with bits of sediment settling to the bottom of the jar.

As mentioned, organic varieties made or juiced using whole apples, including the peel and the seeded core, are believe to be most beneficial. And, since apples are on the list of most heavily spray crops, organic selections are highly recommended.

It is best to purchase commercial raw ACV that comes in glass rather than plastic bottles as the acids in the vinegar can leach plastic chemicals into the vinegar.

Raw apple cider vinegar can be used as a digestive tonic consumed in water before meals. While there is no set dosage, generally 1 tsp to 1 Tbsp mixed with water is considered a health-enhancing amount.

ACV does also come in tablets and capsules, although we have never personally used it in this form.

As an immune boosting elixir it can be mixed with raw honey, turmeric powder, cayenne and water. As mentioned, it is popular for use as a menstruum when making fire cider.

We also use it, of course, in salad dressings as well as in many of our raw vegan recipes such as our mac n' cheese, kale salad, nori nachos and seaweed salad.

Because apple cider vinegar is initially very acidic, one should never drink it straight as it can burn the esophagus and cause tooth enamel erosion. Seek the advice of your healthcare professional before using it in high dose amounts if taking prescription medications, have a serious medical condition or are pregnant or nursing. 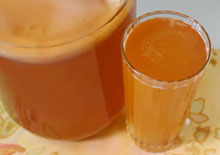 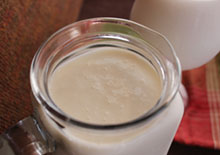 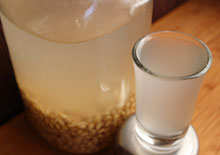 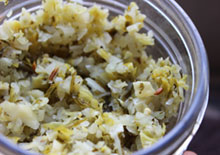 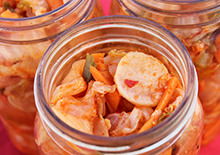