Health Benefits of Kale: 7 Reasons to Eat It and When to Avoid 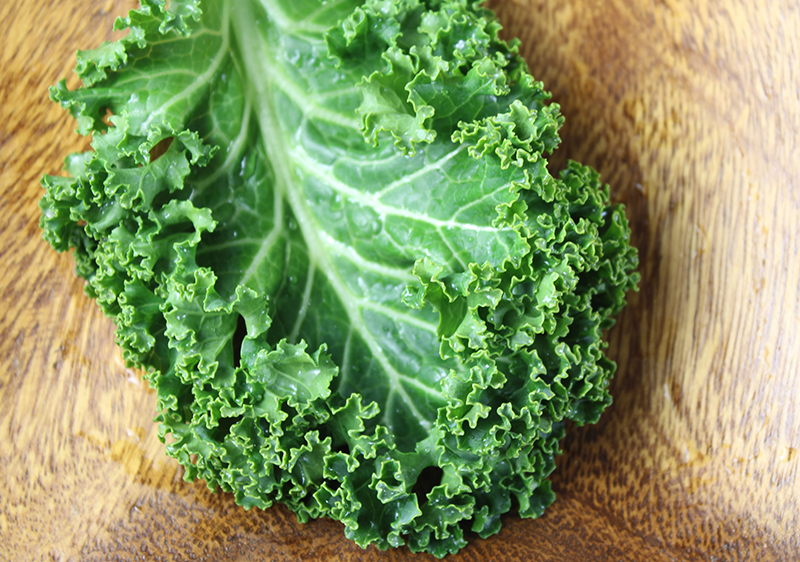 What are the health benefits of kale? Kale is a winter leafy green vegetable known for its highly nutritious large leaves.

One of the most common kale types is curly kale but others like lacinato, also called cavolo nero or dinosaur kale, are also popular for their bumpy rounded leaves.

Why are the many varieties of kale often called superfoods? Here are 7 reasons why you might want to eat more, plus when kale is best avoided.

One of the great things we love about kale is that the leaves are very high in many vitamins and minerals when compared to other vegetables.

Filled with nutrients for the bones and eyesight, kale is consumed in nearly all diets around the world and traditionally utilized as a fortifying food in the winter months when other vegetables are out of season. 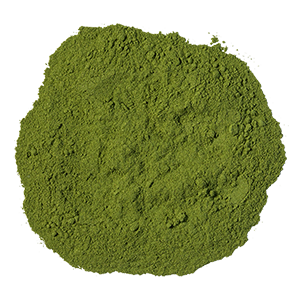 The cooked leaves are often viewed as a cold-weather comfort food customarily combined with potatoes, especially in Germany, the Netherlands, Scotland and Ireland.

Common vitamins include vitamin C, vitamin K, B vitamins and carotenoids like beta-carotene, lutein and zeaxanthin.

Different types of kale can have different ratios of minerals, but they are all present to some degree. Minerals available in higher amounts often include copper, calcium, manganese, potassium, iron and magnesium.

Adding kale to the diet is relatively easy as a steamed vegetable. Boiling the leaves too long, however, can result in nutrient loss.

Kale in other forms, like dried powders or flakes, is a more recent invention to provide convenience as a nutritional supplement. 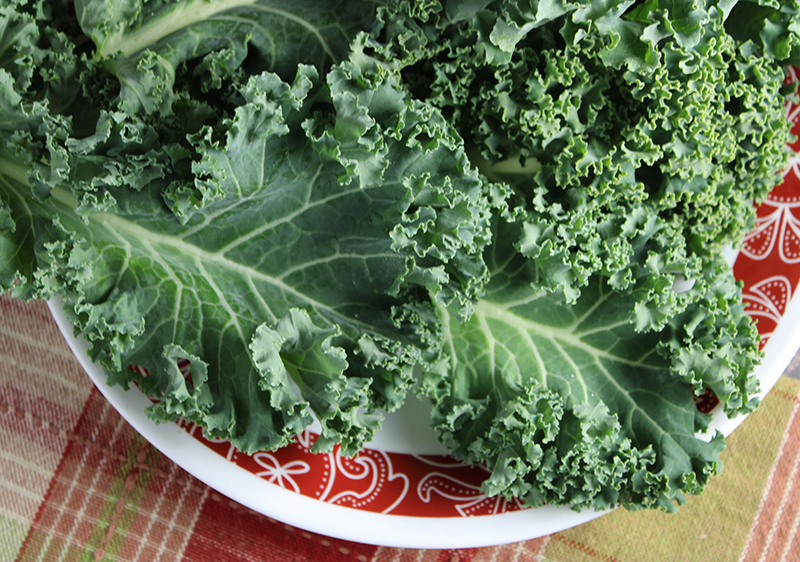 According to some science, steamed kale (as well as other cruciferous vegetables) is known to contain what is referred to as "bile acid sequestrants". These are substances that when consumed can bind to and remove bile acid residues after they break down fats in the body.

This binding property has been shown to prevent their reabsorption into the bloodstream and subsequently can lower cholesterol levels.

Hardy dense kale leaves, unknown to much of the population, are ﻿﻿plant-based﻿ protein sources as are other green leafy vegetables like collard. In fact, some of the strongest mammals in the animal kingdom primarily feed on plants for their protein intake.

These greens can therefore be a great way to increase overall protein and are very beneficial to those adhering to vegetarian or vegan diets.

It is estimated that one cup of cooked kale can contain between 2.5 - 3.7grams of PROTEIN or over 5-7% the Daily Value, based on an adult 2000-calorie diet. 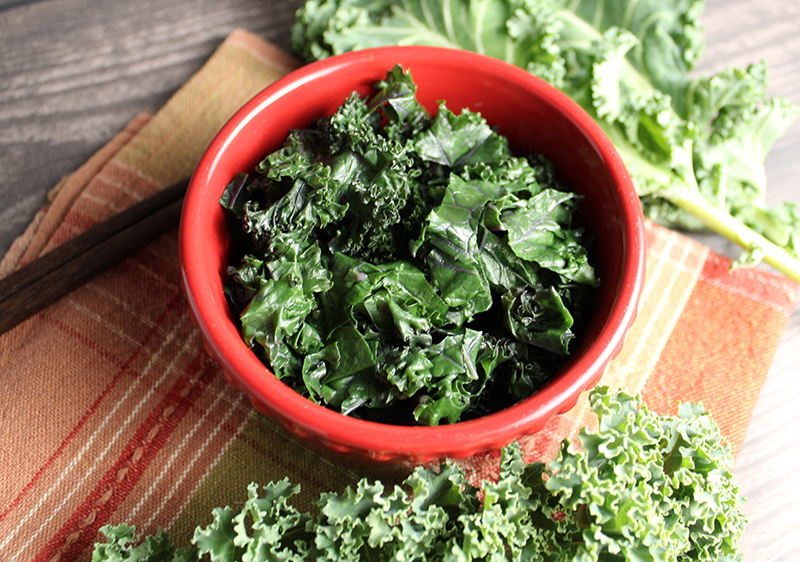 Many cruciferous vegetables are sources of glucosinolates and kale is no exception. These are compounds that convert to sulforaphane and indole-3-carbinol when consumed.

SULFORAPHANE is a sulfur-bearing compound that can be useful as an anti-inflammatory aid (*) and a detoxification agent. IDOLE-3-CARBINOL is studied for its potential health-enhancing influence.

Glucosinolates are high in raw kale but will diminish the longer kale is cooked in high heat. Low temp steaming or stir-frying, as opposed to boiling, is advised if you want to preserve these compounds.

One of the most obvious health benefits of kale is its very dark green color, which makes it an excellent source of chlorophyll. Chlorophyll-rich edible greens have healing and protective assets that help to cleanse the blood, balance body pH and are an energizing nutrient for cognitive and immune health.

In addition to chlorophyll, kale is a source of omega fatty acids. Kale is about one-third higher in the omega-3 ALA (alpha-linolenic acid) compared to omega-6. Incorporating kale into one's dietary regimen can therefore help to balance the effects of too much omega-6 in the average daily diet. (*) 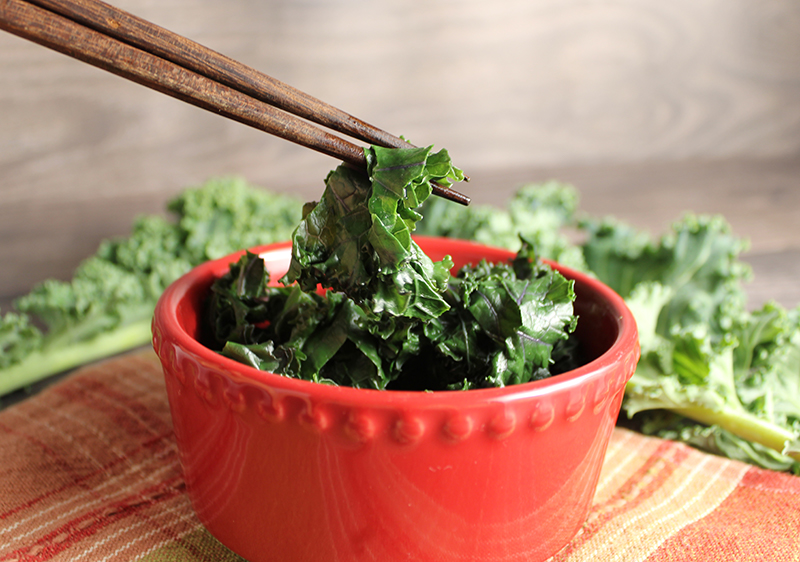 Besides carotenoids and vitamin C, kale also contains other ANTIOXIDANTS like quercetin and kaempferol as well as derivatives of p-coumaric, ferulic, sinapic and caffeic acids. (﻿﻿﻿*)

These amounts can vary due to the type of kale and its genetic and/or environmental factors.

Antioxidant-rich foods help to protect cells from free radical damage and can have a positive influence on immune health and physical well-being throughout one's lifetime.

One of the great health benefits of kale is as a fibrous food with one cup of cooked kale containing about 10% the DV for FIBER.

Cooking helps to soften the leaves and makes them easier to digest for those with sensitivities.

Our general recommendation when preparing kale is to remove the inner stalk. Why? The fibers in the stalk tend to be dense and hard to completely cook and soften. This can cause later intestinal upset and excess flatulence for some people.

We personally prepare a kale leaf by folding it in half lengthwise and cutting out the inner stem. Then we roll the leaf and chop.

Because kale is a cruciferous goitrogen-containing vegetable, it is best to avoid it if you have thyroid conditions. This is especially true for raw kale or kale juice, which is concentrated.

While kale is lower in oxalates than spinach, it still may have some. Oxalates can bind with minerals and prevent their absorption.

Keep in mind however that goitrogens as well as oxalic acid content can be reduced considerably by cooking kale.

Excessive intake of cruciferous leafy greens like kale should be generally avoided by those with an underactive thyroid. Consult a health care professional before adding kale to the diet if you are pregnant, nursing, have a serious health condition or are taking any medications. 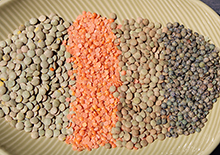 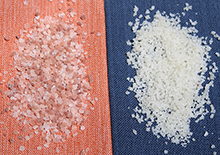