What Is Zeolite and How Can It Help the Detoxification Process?

What is zeolite exactly?  Zeolites are naturally occurring clay-like compounds that come from volcanic earth deposits produced from the interaction between ash and volcanic rock with underground water. Their porous nature has been crystallized and developed over a long period of time in lake and marine basins.

There are over forty different types of zeolite, which act as filtering agents and molecular sieves useful for removing various pollutants and heavy metals in the atmosphere, earth and water.

Zeolite can be collected or mined and used as fine powders for a number of industrial applications such as water filtration, nuclear waste removal and toxic soil clean up.

Zeolite is likewise helpful for humans when ingested and helps to detoxify the body of harmful toxins like mercury, lead, aluminum, arsenic, plastic residues in addition to radioactive isotopes like plutonium and uranium.  The type of zeolite used specifically as a dietary super supplement is called "clinoptilolite" zeolite and can be taken as a powder or as a liquid solution.

A Swedish mineralogist named Freiherr Cronstedt officially discovered zeolites in scientific terms in 1756.  However, powdered zeolite has been used by people throughout history in all parts of the world where these volcanic deposits can be found.  Humans most likely received the idea when watching wildlife that were naturally attracted to occasional consumption of the mineral substance.

Here in the Western U.S., many health advocates started using a product called Natural Cellular Defense, which was developed by the company Waiora in 2004.  Soon after that time it became an extremely popular detoxification supplement in the California health community and was for many years the only form of dietary zeolite available.

Since then, many other brands have established their own patented version of clinoptilolite zeolite, either as a powder or as an activated liquid concentrate.

Pure clinoptilolite mineral concentrate is proven to be a deeply purifying dietary adjunct for periodic bi-yearly cleansing or juice fasting protocols.  It is notably specific for removing heavy metals from the body, but is also beneficial for eliminating environment pollutants that we all take in on some level.

Even though it is virtually impossible to escape all the toxins currently present in the air we breathe, the food we eat and the water we drink, it is possible to do what we can to protect ourselves by facilitating the body's detoxification process. Taking zeolite is an easy convenient way to do this and doesn't necessarily require major dietary changes to achieve successful results.

Eating forms of "earth", like clays, charcoal and zeolite minerals, is an ancient practice and some would argue should be a periodic component to one's diet once or twice a year.

How Does Zeolite Work?

Natural clinoptilolite zeolite is an arrangement of silica and alumina tetrahedra.  On a microscopic level it has a 3-dimensional honeycomb-shaped crystalline structure that maintains a negative magnetic charge, which acts like a "cage", drawing in and capturing positively charged toxins in the bloodstream, tissues and gastrointestinal tract.

It is believed that approximately 40% of clinoptilolite binds to toxins in the gut, with the other 60% pulling out toxins in the blood and cellular matter.  These harmful materials are then safely encapsulated within the zeolite molecule and removed from the body via the urine and the stools, usually within 6-8 hours after consuming.

What is Zeolite Micronization?

All zeolites start out as powders that can be further processed to purify and/or shrink their particle size (micronize).  Some remain as powders and some are formulated as liquids with other ingredients like fulvic minerals, magnesium and aloe vera to aid in the detoxification process.

Zeolite particles are often "micronized" to reduce their average size to between .5 - 5 microns (1 micron = 0.001 mm).  The idea being, the smaller they are the more overall surface area will be exposed which thus increases the amount of toxic substances that can be absorbed and locked within them.  Additionally, the smaller the particles are, the more easily and efficiently they can move through the digestive tract.

Visit our page on the best zeolite supplements to use for increase effectiveness.

Some brands also "clean" the cages, also called "activated" zeolite, by heating them in a slightly acidic solution to crack the molecule and remove any possible toxins.  However, there is a bit of a controversy about whether or not this processing technique actually degrades the quality and if it is even necessary.  Liquid zeolite manufacturers who clean their zeolite often argue that less quantity is needed for optimal results.

Heavy metals and chemical pollutants are found in the air, our food and water supply as well as from our use and exposure to pharmaceuticals, household and personal hygiene products.  In addition, some individuals may have particularly high levels of certain metallic compounds depending on where you live or the foods you choose to consume.  An accumulation of these impurities can over time affect the health and functioning of vital organs as well as the nervous and immune systems.

There are many health professionals who believe that these accrued toxins are "neurotoxic" to the body and are directly related to autoimmune disorders and numerous degenerative diseases.

Zeolite has been approved by the FDA and a non-toxic safe supplement to use under GRAS status.

In addition to maintaining a health promoting diet and lifestyle, we feel it is important to take certain measures to eliminate the effects that these toxic substances can have on long term health over the course of our lifetime. Zeolite is especially helpful at trapping very harmful metallic constituents, like lead, mercury and cadmium.

Clinoptilolite zeolite acts as a natural buffer that is a non-toxic way to safely remove all positively charged heavy metals from the body, plus other materials like ammonia, nitrosamines, plastic residues, pesticides and toxic chemicals like dioxin.

Zeolite supplementation is a slow and steady process that involves consistent daily use to dislodge and eliminate these accumulated poisons.  There are some claims that it has a chelation-like influence and encapsulates specific molecules in a hierarchical manner.  It is known to first magnetically draw in and remove heavy metals and radioactive isotopes.  This is a process that may take between one to four weeks depending on each unique situation and level of build up.

Its secondary action is then believed to capture other chemical-type substances like pesticides, herbicides and plastics.  Thirdly, it works as an antiviral/antibacterial to tightly bind and trap viruses, yeast and pathogenic bacterium and inhibit their continued growth.

In a 2009 study entitled "Clinical evidence supporting the use of an activated clinoptilolite suspension as an agent to increase urinary excretion of toxic heavy metals" it states,  "In conclusion, this study demonstrates that the daily use of an activated clinoptilolite suspension represents a potentially safe and effective way to remove toxic heavy metals from the body through increased urinary excretion."

An accumulation of heavy metals and toxic materials wreaks havoc on your cells, systems and organs and additionally may block your ability to take in vital life-supporting nutrients from the foods you eat.  This can cause vitamin and mineral deficiencies, which may hinder mental health and promote depression.

Releasing noxious substances from the body, blood and tissues can act as a natural antidepressant by increasing nutritional uptake which, as a side effect, helps to improve overall energy levels and encourages a positive mental attitude.

Zeolites are a very popular way to neutralize nuclear waste materials and absorb radioactive particles.  They have been used for cleaning up certain radioactive isotopes like plutonium and uranium, which are common heavy metal contaminants in areas where there has being extreme nuclear fall out.

Sandbags of zeolite were used in the marine waters near the 2011 Fukushima nuclear power plant disaster to absorb the high amounts of radioactive cesium.  As described in a New York Times article, "plant workers on Saturday began dumping sandbags filled with zeolite, a mineral that absorbs radioactive cesium, into the sea."  (Source)

In the 1986 Chernobyl disaster, local people were given cookies with substantial amounts of zeolite and subsequently had reduced levels of radioactivity when tested.  Zeolites were also used in Chernobyl to chelate and remove cesium and strontium before it entered the public water systems.

Periodic cleansing with a quality zeolite supplement can be very beneficial to the thyroid gland and protects it from taking on depleted uranium and other radioactive substances we may be inadvertently or directly exposed to.

Zeolite increases alkalinity and helps to neutralize acidic conditions in the bloodstream, balancing the pH to a slightly more optimal alkaline range of between 7.35 - 7.45.

Heavy metal toxicity in the body tends to increase pH acid levels, as will a diet high in refined foods and animal products.  Acidic conditions have been shown to impair the immune system as well as brain and nerve function, both of which can lead to autoimmune disorders, depression, increased anxiety and "brain fog."

Occasional use of a high quality clinoptilolite zeolite product can help to significantly enhance the immune system by removing highly toxic metal contaminants that are known to cause massive free radical stress in the liver and kidneys.

A study published in the Journal of Molecular Medicine documented the successful use of clinoptilolite zeolite as an adjuvant in anticancer therapy.  "The data indicates that clinoptilolite treatment might affect cancer growth by attenuating survival signals and inducing tumor suppressor genes in treated cells."

Zeolite's  micro-cage structures are also believed to pull in microbes including viruses, yeast and pathogenic bacteria.  These effects may not occur immediately but are usually achieved in the third phase of zeolite supplementation, which is an average of 4 - 6 weeks.

We have used both types of zeolite, but generally go with the powdered form as it seems more concentrated than liquid solutions. But again, powders should be purified and micronized for highest effectiveness as a dietary supplement. Powders are considerably less expensive than the liquids which in our opinion can be more diluted. This is a personal preference however, we know many people who successfully achieved results using both varieties.

When using zeolite powders or liquid solutions it is best to start out slowly and gradually increase dosage amount over time.

It can be added to foods or drinks and does not pull out nutritive components during the digestive process.  It is however most effective when taken alone, mixed in water first thing in the morning and throughout the day between meals.  When taking large dosages of zeolite you should drink plenty of water as it otherwise has a tendency to cause constipation.

It is always beneficial to get tested for heavy metals so that you know at what level to consider zeolite supplementation.  Sometimes water fasting or green juice fasting as well as a quality MSM supplement is also appropriate to accelerate the detoxification process.

The addition of various micro-algaes, like chlorella, can also be significantly helpful for assisting removal of certain toxic metals such as mercury.

Shake ingredients together in a jar and drink. Also, try adding zeolite powder to our charcoal lemonade recipe. (See the link below.)

Zeolite can cause dehydration as it tends to absorb water from the body, which can lead to constipation. It is contraindicated when taking any medications that include various metallic constituents such as lithium or platinum. It is best to avoid if pregnant, nursing and if you have a serious medical condition or are taking prescription drugs. 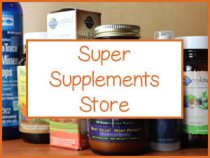