What is Psyllium Husk? Its Uses and When NOt to Take It

What is Psyllium? | History | Source of Dietary Fiber | When NOT to Use Psyllium | Support for Healthy Bowels | Other Benefits | How to Use | Precautions | Shop 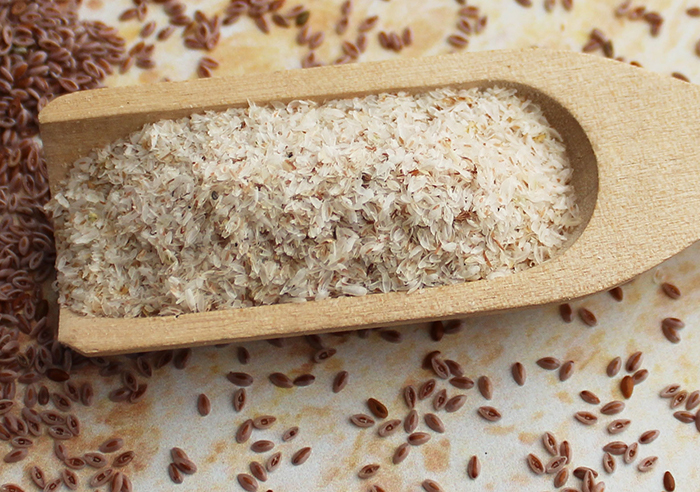 Psyllium husk comes from the seeds of a plantain variety in the genus Plantago. Plantains (not related to the plantain banana) are one of the most widely dispersed wild herbs in the world.

Common plantain or Plantago major have been used historically by herbalists for centuries as a nutritious edible and medicinal plant.

What is Psyllium? | History | Source of Dietary Fiber | When NOT to Use Psyllium | Support for Healthy Bowels | Other Benefits | How to Use | Precautions | Shop

While these types of plantains also produce psyllium seeds, the Plantago ovata species is the one most utilized for its prolific seed production and high mucilage content. This variation has long slender grass-like leaves rather than thick ribbed leaves like common plantains.

The husks are the seed coats of the whole seed, sometimes called "ispaghula" or "isabgol", and are the main part used for their high fiber content. They are removed from the seed itself and frequently sold in bulk quantity either as a whole husk and husk powder or are also available in capsule form. Some brands also carry whole seeds with or without the husk or ground seed powders. These are different however than using the husks directly as a fiber supplement.

The seed husks are predominantly cultivated on a large scale in India and exported for commercial and supplemental use. We highly recommended certified organic selections over conventionally-produced varieties as they are often a heavily sprayed crop cultivar.

Commercially psyllium husk is used as a thickening agent in foods like ice cream, frozen yogurt as well as to fortify manufactured food products, like breakfast bars and cereals to increase their fiber content.

Psyllium, pronounced "silly-um", has become a popular ingredient to use in homemade gluten-free baking as it produces a texture similar to gluten and helps to bind a number of wheat flour alternatives.

In some research on psyllium gluten-free bread, it was shown to improve dough workability and final bread quality.

We use it to make coconut flour-based flatbread and in some dehydrated coconut wrap products, it is also used for such purposes. 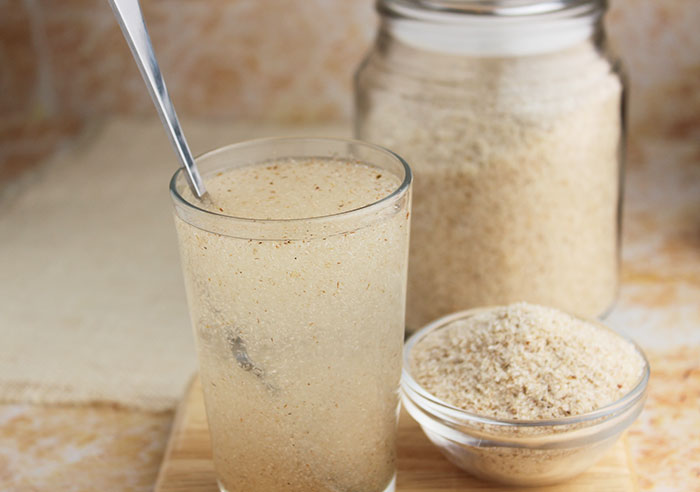 In the U.S., it is reported that health activist Dr. John Harvey Kellogg, in the 1920's, discovered the use of psyllium in Italy and for a short time marketed it under the name brand "Psylla". In later research he conducted to find a good source of soluble fiber for Kellogg’s boxed cereals, his scientists were the first to propose that psyllium had the greatest potential.

In 1934, the product Metamucil was one of the first successful "fiber supplements" that utilized psyllium husk as a main ingredient, along with several artificial additives.

In the decades to follow, the use of straight psyllium became very popular in health-conscious communities partaking in a preventative approach to maintaining health and wellness. Psyllium husk, whole or powdered, was available in bulk quantities at a relatively inexpensive price and was frequently used with water to encourage a mild laxative quality.

In the 1980's, psyllium husk was largely promoted by health enthusiasts, like nutrition counselor and author of The Colon Health Handbook, Robert Gray in his "Intestinal Cleansing Program".

Psyllium, since this time, has become a very common and highly marketed dietary fiber supplement and used in many manufactured packaged high-fiber food products.

Psyllium Husk as a Source of Dietary Fiber

Psyllium husk, when removed from the seed, is almost exclusively composed of FIBER. While a trace amount of nutrients may be present, this viscous material simply moves through the body undigested and provides very little nutritional value.

The reason it is often utilized by those following a ketogenic protocol is because its carbohydrate content comes exclusively from non-digestible fiber, not from starch or sugars. It has therefore become a useful ingredient in keto baking and cooking when using flour alternatives like coconut flour.

One product label reports that one tablespoon (or 5 grams) of whole psyllium husk has about 4 grams of fiber. Of that amount, 3 grams is soluble and 1 gram is insoluble.

Keep in mind that you would naturally use LESS husk powder than the whole husk for the same effects. For example, one organic psyllium product label identifies that 1 teaspoon is 5 grams of powder the same amount as 1 tablespoon of whole husk, both of which contain 4 grams of fiber content.

Similar to flaxseed, chia seed and aloe vera, psyllium husk or seed coat is high in MUCILAGE. This derived mucilage is a type of soluble fiber composed primarily of the xylan polysaccharides heteroxylan and arabinoxylan. (*)

Mucilage is a substance that is hydrophilic and is released when the whole husk or powder comes into contact with water or other liquids, almost immediately swelling to produce a gel-like mass that increases in size, nearly 10 times in volume.

Is Psyllium a Good Source of Fiber?

There are many fiber-enriched products on the market, but overall it is generally considered best to get most of one's fiber from whole foods. Ultimately a well-balanced diet includes plenty of fiber-rich foods like fruits, vegetables, leafy greens, whole grains, raw nuts and legumes.

A fiber supplement like psyllium husk, however, can be another option to consider when things like constipation, diarrhea or irregular stool formation are an issue. (*) Likewise, it can also be a low-calorie way to get more fiber in the diet for those on a weight loss program.

USDA recommended daily intake of dietary fiber for the average adult is 14 grams per 1,000 calories. Gender-specific amounts average 25g for females and 38g for males based on a 2,000 calorie diet. The average American diet, which tends to be high in refined and processed foods, is known to include about half this amount. 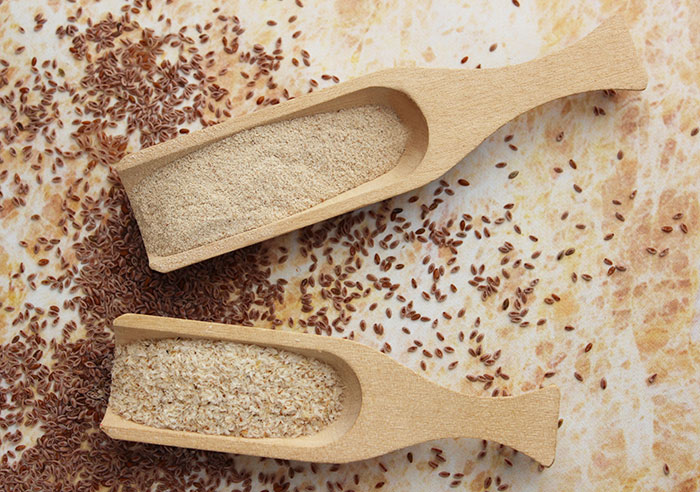 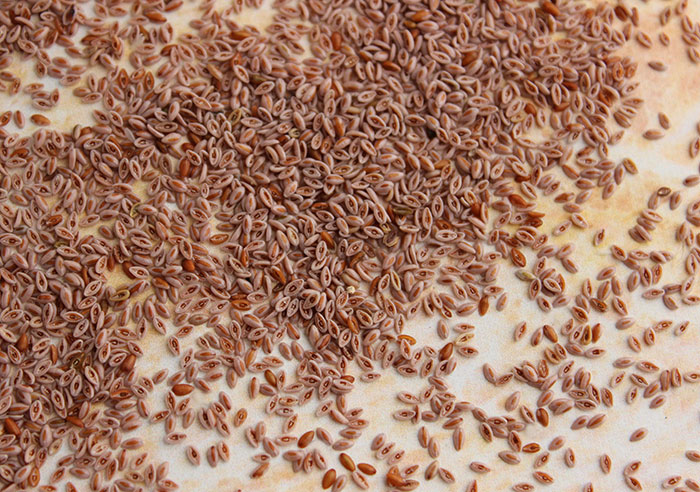 When NOT to Use Psyllium

Keep in mind that psyllium husk used as a fiber supplement, exclusively or even with other foods, isn’t for everyone. It is not considered a whole food but is rather a type of isolated fiber which is composed of the husk only as opposed to the entire seed.

Some individuals may have a negative response to its concentrated bulk-forming actions which can be too abrasive. In such cases, other alternatives like aloe or chia may, therefore, be more suitable.

If you have gastrointestinal health issues, like diverticulitis, colitis or IBS, always seek the advice of a qualified medical professional before using psyllium for self-treatment.

Also, when taking psyllium, it is particularly important to drink plenty of water and follow general guidelines as suggested further on this page.

Psyllium seed husks have often been utilized to promote and normalize healthy bowel functions when there is intestinal backup. This is because when psyllium is mixed into water, the mucilaginous gel produced is known to provide a demulcent quality and a bowel moving influence, encouraging good stool formation and defecation.

It has consequently been used for many years in cleansing regimens as a way to help support the body's detoxification processes. Nutritionist Richard Anderson, 1987 founder of the Arise and Shine product line, promoted a combination of psyllium husks and bentonite clay, which he believed worked together to help remove toxins from the GI tract.

Psyllium and other mild laxatives, like chia, aloe and triphala, are also often recommended when using chelating substances, like bentonite, zeolite and activated charcoal, to increase their transit time and prevent intestinal dryness.

Many plant-based colon cleansing supplement blends on the market include psyllium husk as a main ingredient also with other purgative herbs like cascara sagrada and senna.

In contrast to strong herbal laxatives that can weaken digestive capacities, psyllium is believed to have an overall toning effect that does not cause dependency.

The soluble fiber in psyllium is known to act as a prebiotic for healthy gut bacteria and in some research supplementation of psyllium was shown to increase intestinal microbiota in constipated patients.

Other Potential Benefits of Psyllium

In the mid 90's, research on psyllium-enriched foods and cereal products were proposed to have a supportive serum and LDL cholesterol-lowering influence.

Since this time, under specific FDA-regulated parameters, psyllium is approved as a legitimate fiber supplement to include in a heart-healthy protocol.

Psyllium is often claimed to support blood sugar levels by slowing down sugar absorption. It is likewise believed to help satiate the appetite and encourage weight loss. 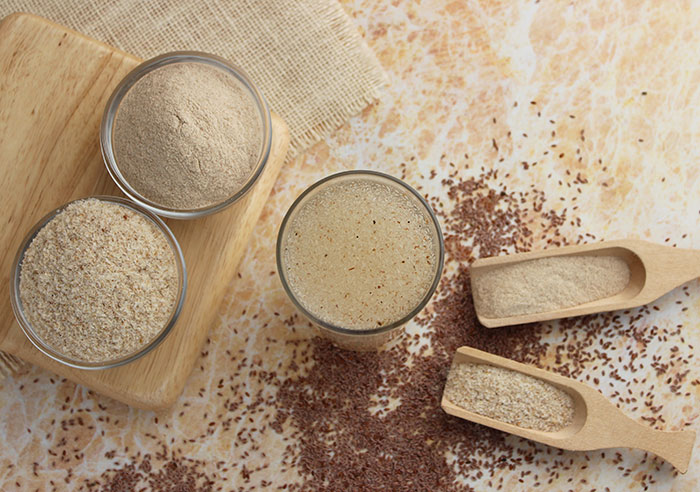 How to Use Psyllium Husk

While it is popular to take psyllium whole husk or powder in capsule form, in our opinion, is best when mixed with water first. This helps to pre-hydrate it so it doesn’t absorb water from the body and cause constipation or other digestive issues.

Stirring it into an 8-ounce glass of water that is room temperature (not cold) and waiting a few minutes is a good way to do this. It is also often recommended to drink a second glass of water after initial intake to ensure adequate hydration.

It is best to start with small amounts of 1 teaspoon or less and build up to increased amounts over a few days, only if needed. Abruptly adding too much isolated fiber too quickly can cause flatulence, abdominal cramping and bloating.

If you do happen to enjoy the convenience of taking capsules, again, drink them with plenty of water.

It may also be beneficial to include herbs such as fennel and ginger to help psyllium husk move through the body more effectively. Also, the powdered husk can be slightly less abrasive than the whole husk for sensitive people.

We personally only consume psyllium-water combinations in the morning on an empty stomach and at least one or two hours before eating a breakfast-type meal.

While regular use of psyllium is often thought to be safe, it is important to listen to your body and experiment with other options if it’s not working for you.

If you're simply using small amounts to increase dietary fiber content, psyllium husk has no taste or odor and easily camouflages into drinks and beverages.

Avoid psyllium if you have allergies to it. Excessive amounts can cause gas and bloating and may also increase constipation and cause fluid imbalance. Consult your physician before taking psyllium husk if you have a serious medical condition, are taking ANY over-the-counter or prescribed medications, have gastrointestinal disorders, or are pregnant or nursing. 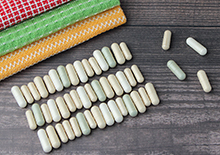 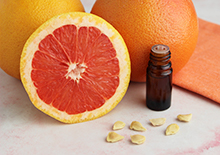 Grapefruit Seed Extract as an Antimicrobial 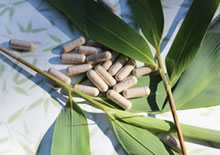 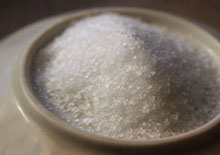 What is MSM? A Dietary Sulfur Based Supplement 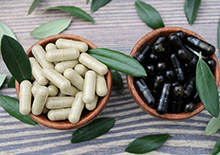 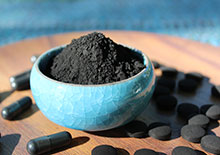 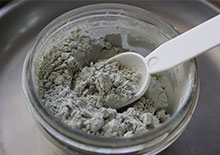 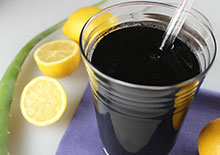 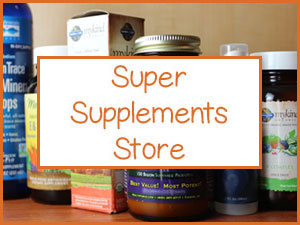 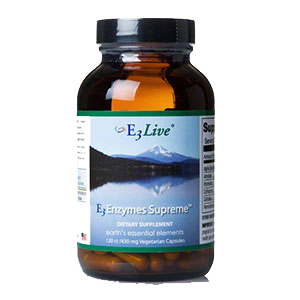 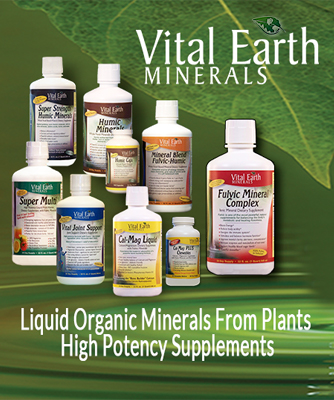 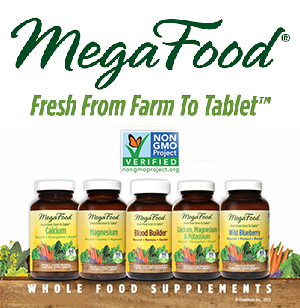 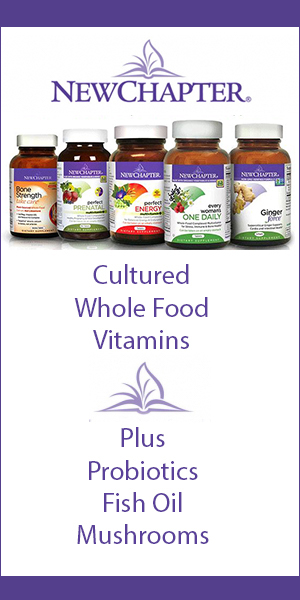