What is Rhodiola Rosea? | Tonic Herb for Stress | Main Adaptogenic Compounds | First Discovered Adaptogen | How to Use | Precautions | Shop

Rhodiola Rosea Root and Its Top Benefit for Stress 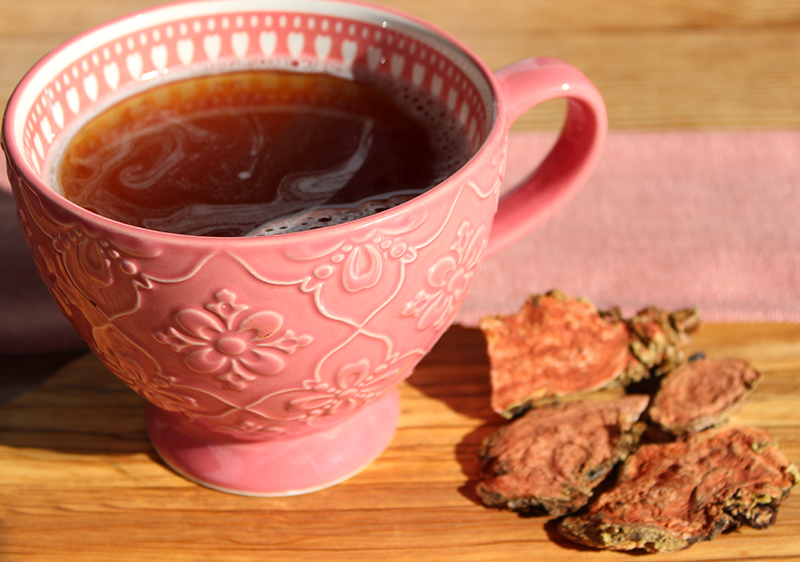 Rhodiola rosea is a succulent herb with fleshy leaves and yellow flowers that naturally grows in Arctic regions of the world. Believed to be native to Siberian climates, it has been utilized for many centuries in the traditional pharmacopeia of Russia, Scandinavia and other Northern European countries.

Although other parts of the rhodiola plant can be used, the hardy salmon-pink colored roots are the element most prized for its botanical qualities.

What is Rhodiola Rosea? | Tonic Herb for Stress | Main Adaptogenic Compounds | First Discovered Adaptogen | How to Use | Precautions | Shop

Rhodiola rosea, also called "roseroot", is derived from the Greek word "rhodon" meaning "rose", likely making reference to both the rosette pattern of leaves associated with rose blossoms as well as the rose-like fragrance of the roots.

This is an element that becomes very apparent when they are simmered as a tea decoction, filling the air with a perfumy aroma. The pleasant floral scent that the rhodiola rhizome exudes in fact comes from fragrant alcohols like geraniol, a primary component in rose oil.

Rhodiola is in the same family as the popular garden ornamental plants called Sedums that, like Rhodiola, are referred to as "stonecrops" for their ability to tolerate rocky soils.

Other treasured species of rhodiola are also common to locations of Mongolia, Northeast China, and Tibet. Often called "Himalayan Rhodiola", Rhodiola sacra or Rhodiola crenulata are more of a rarity when it comes to commercial use. Before R. rosea, these were the original species known as hong jing tian in Chinese herbalism.

Rhodiola rosea, sometimes called "Siberian Rhodiola", is the main variety cultivated for use as an herbal supplement and sold worldwide. 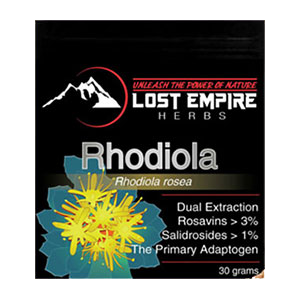 Roots are available as a bulk dried herb in pieces or powder form. Teas made with the roots have a rose-flavored bitter-sweet taste. Tea decoctions, along with tincturing methods, are the traditional ways this herb has been utilized for centuries.

Today capsules or concentrated extracts, both powder or liquid, are popular for medicinal use.

When it comes to prepared rhodiola supplements it is important to read product labels. Some rhodiola extracts, like Lost Empire Herbs, are a 6:1 dual extraction which means you’re getting way more rhodiola constituents per dose amount. In such cases, you would only need 1/8-1/4 teaspoon mixed into drinks, elixirs or water. At this dose, each one ounce packet will last 60 to 100 days. 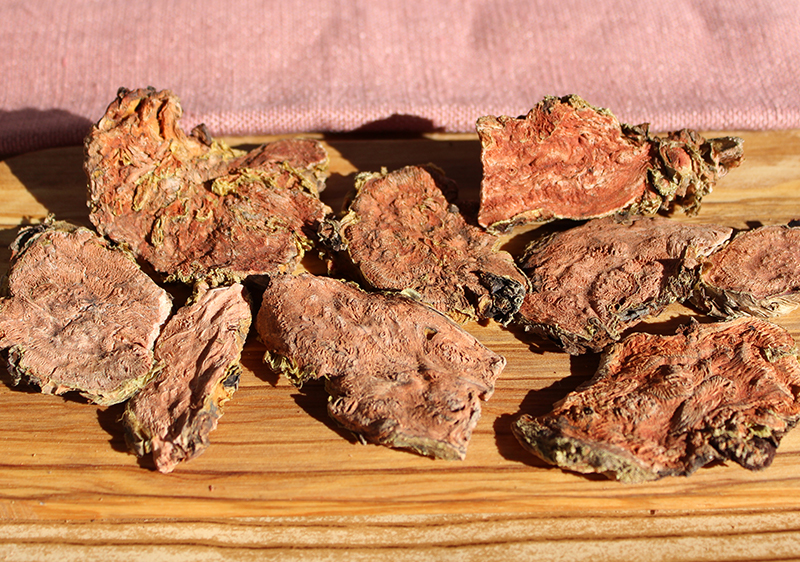 Rhodiola Rosea as a Top Tonic Herb for Stress and Anxiety

What is rhodiola's greatest researched therapeutic potential? Rhodiola rosea is one of the famed antistress tonics often top on the list in herbal formulations that support the body's stress response mechanisms.

In recent times, due to current global events, stress levels are at an all-time high for many populations on planet earth. In addition to maintaining regular fitness routines, proper nutrition and healthy lifestyle practices, herbal adjuncts like Rhodiola rosea can be a valuable botanical asset when life traumas can tend to overwhelm one's sense of equilibrium. (*)

Different than sedating nervines like chamomile, skullcap or valerian, rhodiola is a nourishing nervous system adaptogen that contains compounds proposed to improve the body's ability to cope more efficiently with prolonged day to day stress, anxiety and fatigue-related symptoms. 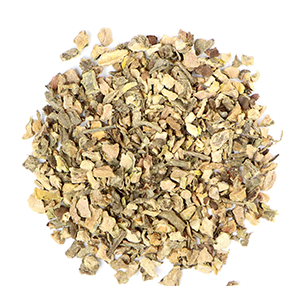 Leading Russian plant biochemist Dr. Zakir Ramazanov, former president of National Biosciences Corporation, was one of the first to introduce Siberian rhodiola to the Western marketplace. He was a major contributor to the book entitled "The Rhodiola Revolution" which provides an in-depth analysis of how Rhodiola rosea works on stress. We highly recommend it if you are at all drawn to this tonic herb for such purposes.

According to the authors, both scientists and physicians, the adaptogenic aspects of Rhodiola rosea when consumed are claimed to work at both ends of the stress-energy equation, stimulating a sluggish parasympathetic (recharging) nervous system and calming a sensitive sympathetic (reactive) nervous system. In other words, its influence can vary depending on what is most required.

These qualities can also encourage a supportive influence to healthy cardiovascular and immune functions as well as stress-related obesity issues.

In research, Rhodiola rosea extract was found to be a supplemental energizer in human subjects with stress-related fatigue and promoted a decrease in the "stress hormone" known as CORTISOL.

Likewise in a 2021 review on plant adaptogens, it is stated that R. rosea is associated with "activation of the cerebral cortex" as well as reducing other corticotropin-releasing hormones like cortisol.

In other scientific observations, it was concluded that Rhodiola rosea extract could be helpful for managing "chronic stress and stress-related complications."

In light of this past and current research, rhodiola and its stress-busting potential might be a good herbal option to consider adding to your self-care routine either on its own or within a stress support formulation.

There are a number of compounds in Rhodiola rosea that distinguish this species from other herbs. These include rosavin, rosin, rosarin, salidroside, tyrosol, rhodionin, catechin and gallic acid.

The two main active R. rosea-specific constituents, according to science, are the ROSAVINS, which includes rosavin, rosin, and rosarin, and SALIDROSIDE.

These are the major adaptogenic compounds, naturally occurring in the roots in a 3:1 ratio. Therefore, some rhodiola manufacturers standardize supplements to a minimum of 3% rosavins and 1% salidroside for the greatest efficacy. (*)

When using adaptogens like rhodiola teas and extracts, it is best to use them over a period of time to actualize their benefits. 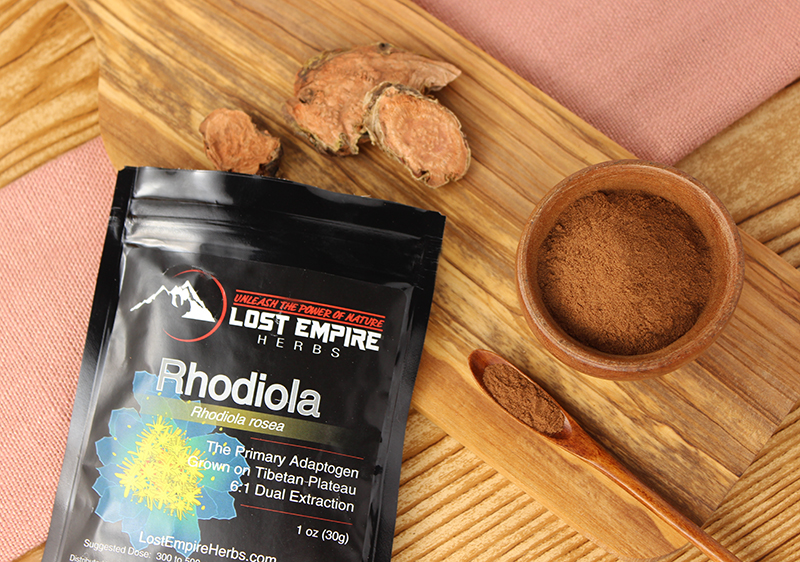 Rhodiola Rosea, One of the First Discovered Adaptogens

Rhodiola is not just any adaptogen, it was among the list of 158 traditional folk herbs studied in 1948 by Russian scientist Dr. Lazarev, Dr. Brekhman and a team of researchers from the Siberian Academy of Sciences.

Out of all the herbs, only four met the initial criteria for their strong adaptogenic attributes: Rhodiola rosea, eleuthero root, Panax ginseng, and Rhaponticum carthamoides. After subsequent research schizandra and ashwagandha were also added to the list.

Dr. Lazarev was the first to coin the term "adaptogen" in 1947 to describe this special class of herbs that he claimed could increase the body's resistance to a broad spectrum of stress factors. 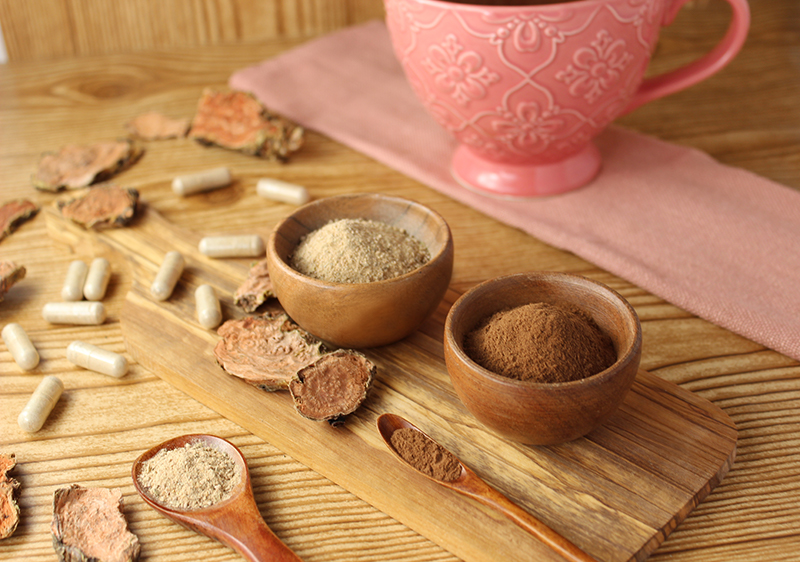 Dried bulk rhodiola root pieces or powder can be used to make tea decoctions or alcohol tinctures. To extract the beneficial compounds, you do need to simmer the roots in hot water for at least 20 minutes or likewise infuse them in an alcohol menstruum for 2 weeks or longer.

Rhodiola's botanical qualities are often enhanced when combined with other herbs in herbal formulations. We find the tea has a bitter astringent taste and goes well with licorice root to add sweetness and a demulcent quality.

The roots can work in conjunction with other herbal antistress favorites such as reishi and ashwagandha to promote a better night’s sleep.

(Note: It may be appropriate to seek the advice of a qualified herbalist who may further assist in tailoring an herbal formula to your specific case scenario.)

Generally, Rhodiola rosea is often safe to consume for extended periods. However, for some individual’s excessive intake may be overly stimulating or the herb may need to be balanced within an herbal formula. Seek the advice of a health care professional before using rhodiola if you are pregnant, nursing, taking prescription medications or have a serious medical condition. 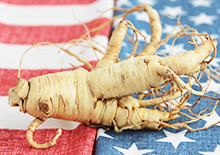 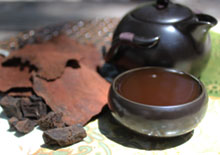 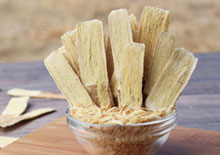 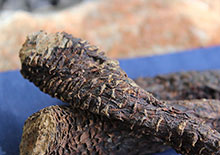 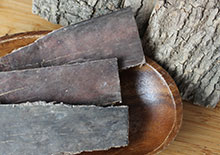 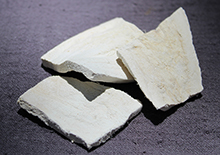 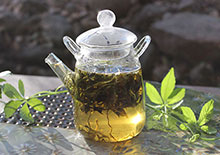 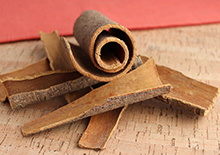 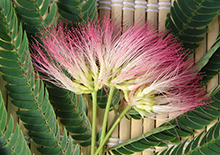 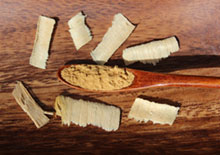 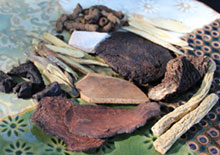 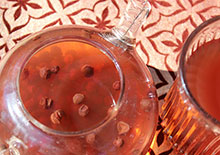