Intro | Wheatgrass Powder Vs Juice Powder | Color and Taste | Which is Better? | How to Use | Precautions | Shop 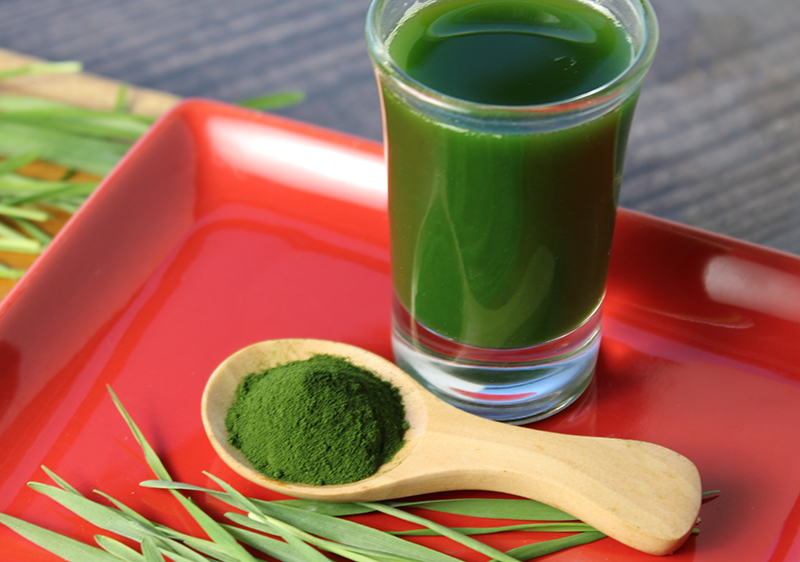 Wheatgrass was one of the original "green foods" that became popular in the 1970s as a type of juicing microgreen used for its nutritive benefits when juiced.

Traditionally, it is prepared from freshly snipped homegrown wheatgrass and consumed as a "wheatgrass shot" in small ounce-size glasses.

Containing almost all minerals, many vitamins and amino acids, the juice is not only a nourishing drink it also supports the body's cleansing processes.

Intro | Wheatgrass Powder Vs Juice Powder | Color and Taste | Which is Better? | How to Use | Precautions | Shop

It's well known for its high chlorophyll content in addition to encouraging the production of dietary antioxidants like SOD and catalase.

Today it’s a popular way to nutritionally fortify the diet to make sure you are getting all of the essentials. For those trying to avoid green juice made with cruciferous vegetables, wheatgrass makes a good alternative.

For modern-day lifestyles, wheatgrass is conveniently available as a green superfood powder for making an instant wheatgrass shot.

Here we will discuss the main differences between wheatgrass powder vs wheatgrass juice powder and our opinion about which form we believe to be the most nutritious. 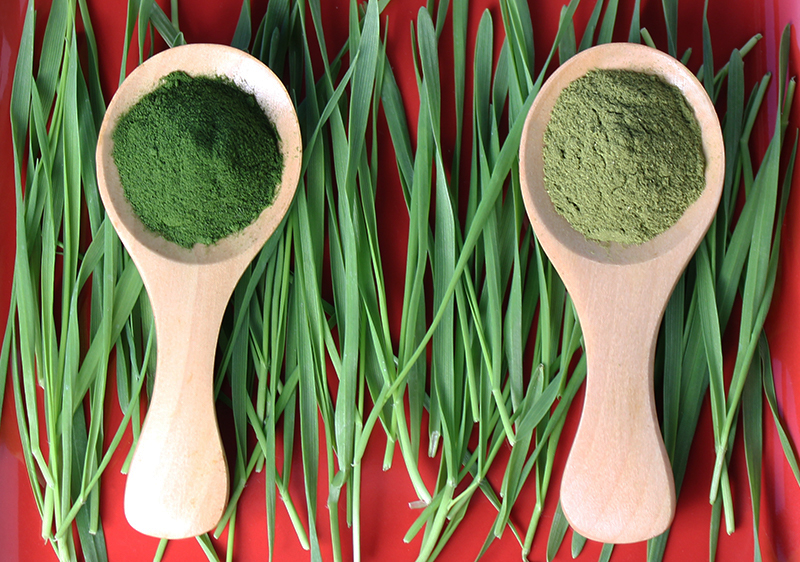 While they might sound like the same thing, there are a few fundamental differences between the two.

Wheatgrass juice powder is noticeably greener than wheatgrass powder due to the higher amount of chlorophyll.

When comparing the taste, neither one has that sweet wheatgrassy flavor most are familiar with. The juice powder is stronger and the straight powder has a hay-like flavor quality. 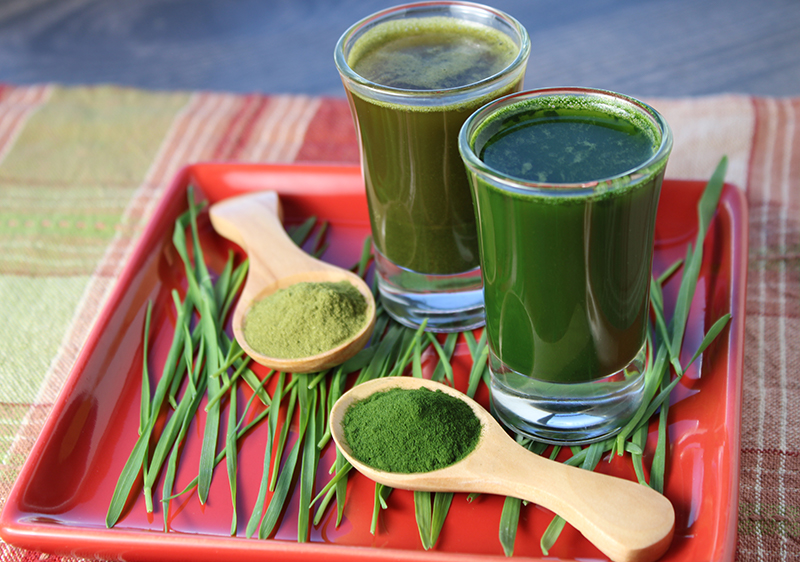 Which Type of Wheatgrass "Powder" is Better?

Wheatgrass juice powder is most similar to wheatgrass juice as it’s made directly from it. Because it does not contain the fiber content, it is more concentrated in the nutritional aspect that wheatgrass is known for. It's the second best in our opinion to juicing freshly cut wheatgrass.

Wheatgrass powder is easier to commercially produce since it doesn't involve juicing. However, grass fibers are not exactly intended for the human digestive tract.

When most people think about wheatgrass, the image of tall slender bright green grass comes to mind. But, it’s not a microgreen that you want to consume directly in salads or other dishes.

Although when powdered down wheatgrass blades can be slightly easier to digest, generally for many it contains too much indigestible fiber that can inhibit nutrient uptake as well as cause gastrointestinal irritation.

If you’ve ever juiced fresh wheatgrass, you may be familiar with how much fibrous pulp material remains from just one ounce of juice.

We did some personal experimentation, taking a serving size of both the wheatgrass powder and the juice powder on different days on an empty stomach. We did notice some digestive issues hours after consuming the straight leaf powder, especially in the intestinal region, but no problems with the juice powder.

Because wheatgrass juice powder without the fiber is more nutritionally concentrated, the serving size is much smaller. Usually, two teaspoons is the recommended amount. Whereas wheatgrass powders are typically one tablespoon per serving.

Which ever powder supplement you decide to use, we advise mixing it into a small glass of water and consuming it on an empty stomach not with other foods or in blended drinks. This is, in our opinion, the best way to take in all the benefits that wheatgrass has to offer.

Conversely, the powders also come in tablet or capsule form for those that don't enjoy the strong green taste.

Remember that there are plenty of other green superfoods, like chlorella, moringa or other green juices, that may be more suitable as well as more palatable for nutritional supplementation.

Wheatgrass and wheatgrass juice powder is generally considered safe; however, some people may experience adverse reactions such as nausea or loose stools. Consult your healthcare provider before consuming if you are pregnant, lactating, have a serious medical condition or are taking any medications. 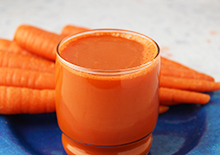 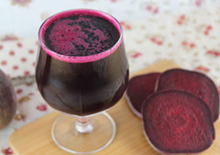 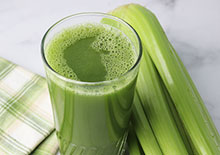 Top Benefits of Celery Juice, Why Consider It